An Interesting Talent In Search Of His Sound 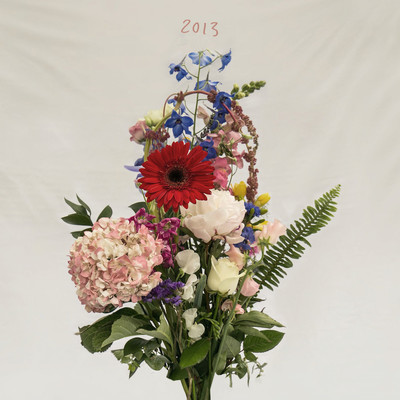 2013, the debut album from Meilyr Jones starts off with the upbeat "How to recognise a Work of Art", with its' Britpop style tune an interesting counterpoint to a more indie style voice. It is a real summer song, very reminiscent of the brilliant "Wake up Boo" by the Boo Radleys, to be played loud and often on the odd days of hot weather we might have in this country!

'2013' doesn’t continue in this vein as each new track seems to explore a completely different style, sometimes to the detriment of the album.

For example, "Passionate Friend" is a Bryan Ferry style vocal set over the top of a lush orchestral backing. "Refugees" is a piano backed song with a hint of "Night Swimming" by REM.

"Rome" even finds Jones channeling Vivaldi in a gorgeous concerto style tune that would work brilliantly as an instrumental track, but which seems almost undermined by the rambling vocals.

The deliberately idiosyncratic approach to the album continues with widely differing tracks like "God", a song that seems quite provocative not because it puts forward an atheist viewpoint but precisely because it puts forward an apparently faith based view with no obvious underlying irony, although I may of course have missed something! It is intriguing that it is this track that most wrong-footed me, as it is in all other ways the most conventional track on the album.

"Featured Artist" is a very amusing take on the trials of undiscovered talent with great lyrics and an extremely catchy tune. Along with the opening track it is the song on this album that hints at a real future for Meilyr Jones. However, for his second album I think he needs to find his sound as a coherent musical approach could really pay dividends.