Natty Releases The Fear & It's A Bloody Good Album Too! 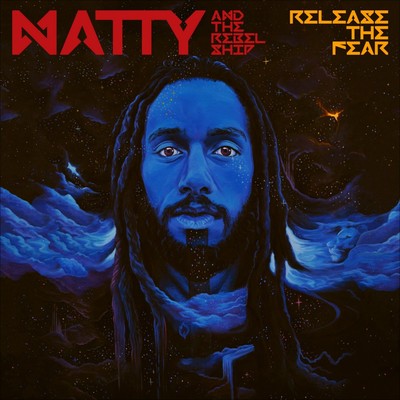 Natty was born Alexander Akiloe Philip Modiano in San Francisco, California in 1983. So whilst technically he may be American he actually moved to England with his family when he was aged one year old. His white father was English with Italian roots and his mother was a black South African. He was apparently exposed to an amazing mix of music whilst growing up in North London.

This might go some way to explaining the sheer ambition, breadth and eclecticism of his second album 'Release The Fear'. It follows up his first album, 'Man Like I' from 2008. That album fell just shy of a UK album top twenty spot having peaked at number twenty one.

Natty has served a really broad musical apprenticeship. He began his career as a studio tea boy/gopher and worked his way up to becoming a sound engineer. He worked on many diverse recordings which included quite a few Indie Bands. He became part of a London collective of singers, musicians, sound systems and DJs before setting sail on his own musical odyssey with his band Rebelship.

I have very eclectic taste and this album satisfies many of those. The influences and sounds range from reggae (roots and ska), soul (Motown and modern R & B), folk, jazz, easy listening and many more. It is an album that you can dance to, chill out to, soundtrack your barbecue or summer holiday with. It has a really crisp, fresh and new sound and vibe.

The lyrics are often heartfelt and clearly show that Natty is a man with a social conscience and great empathy for others and indeed the world which we live in. His delivery is reminiscent of Finley Quaye, Eagle-Eye Cherry, Shuggie Otis and at times Ziggy Marley. In fact Natty and his band supported Ziggy Marley on a US tour back in 2011.

My current favourites from the album are the epic title track ("Release The Fear"), "Gaia", Stand Up" and "S.S. I Love You". Although to be fair there is no filler here at all. I am sure that many people might say that such a wide blend of genres shouldn't work and maybe on paper that might be correct.

However, on record (CD, download or streaming) those doubters would very definitely be wrong. This is an ambitious yet stunning album release from a very talented singer songwriter supported by an excellent band.

You really should go out of your way to purchase 'Release The Fear' at the very least allow yourself to listen to it and once you have fallen under the spell of it's sweet summer sounds then I am sure that you will be compelled to shell out for a copy. Make way for Natty - The Man With No Fear!