Zayn Has A Mind Of His Own 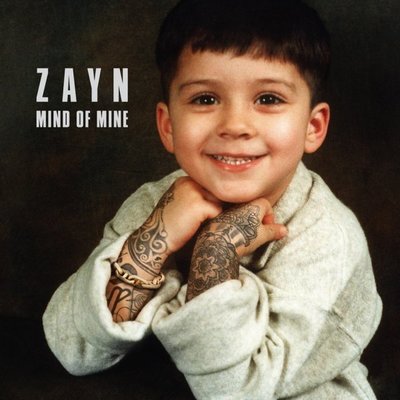 One of the most difficult things a band member can achieve is shaking off any previous connotations they have assigned to themselves - previous examples of this are scarce (Geri Halliwell is probably the only example). Taking this on board, how does an artist take themselves out of a product box and make a name for themselves? Let's ask Zayn.

Once you get past the hideous album title, spelt like a bored teenager (sorry Zayn) the album is a pretty strong debut. Debut single 'PILLOWTALK' has a hook for days and you will find yourself singing "bed all day" (and probably wishing for it).

The great thing about going solo from any band is the chance to take a moment to get your voice out there as a soloist and one thing that was always evident from One Direction was how distant Zayn was. This is evident with tracks like 'iT's YoU', with his gorgeous falsetto vocal or Weeknd-sounding 'sHe', Zayn has more than ever found an identity.

The album itself is sort-of one lane. It falls between being a current sound right now (The Weeknd) with layers of R&B and vocal similarities to Frank Ocean too. Tracks like 'lUcOzAdE' and 'dRuNk' sound like they were left on the cutting room floor of 'Channel Orange', which is of course not a bad thing whatsoever.

The only criticism I have is how the album feels quite safe. Once we've cut away at the newly formed sexual identity 'TIO' (or 'Take It Off') with sexually charged "I just want to watch you when you take it off" or Kehlani duet 'wRoNg' "She likes it when I'm messy. I like it when she's undressed". Once you've chipped away at the sexual identity, underneath comes an almost 'Cry Me A River' esque album as a kiss off to an ex which is evident in album highlight 'BeFoUr' (is it about an ex or an ex-boyband he was in?), piano ballad 'fOoL fOr YoU' "I can't hurt myself. I can't stop myself. I just love being a fool for you", or the insanely beautiful 'BLUE'.

The one missing factor on the record is there appears no obvious reference to One Direction, unless you dig a little deeper at certain lines here, certain lines there. There is no Mutya/Groove Armada - Sugababes-esque diss songs here. The only track which hits a faster tempo is 'LlIKE I WOULD' and it feels very Justin Bieber (albeit 'Purpose' era).

'Mind of Mine' is an enigma of a debut album, with 18 tracks, the album feels like one long journey of sexual identity and a broken heart which is a great stimuli for a record. It also boasts well for future records for Zayn as it feels like there is more to tell. The track 'fLoWer' is completely sung in Urdu and is one of the strongest tracks on the record and with that in mind, Zayn has a huge career ahead of him.