Everything You've Come To Expect

A Few Gems In The LA Dust: The Last Shadow Puppets Return 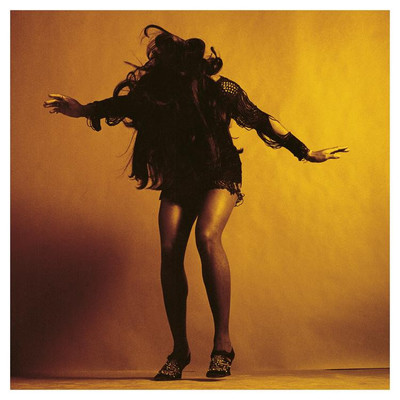 Everything You've Come To Expect

It’s been 8 years since Alex Turner and Miles Kane released their first album as orchestral-pop outfit The Last Shadow Puppets. In this time, Turner released 3 albums and headlined various festivals with Arctic Monkeys, while Miles Kane pursued a solo career, releasing two albums and popping up what felt like everywhere for a time. The pair have ditched the north for LA, and clamour for a return of the Puppets has been strong since they returned to their respective musical careers.

They’re finally back now though, clad in matching tracksuits, strolling to the top tiers of festival line-ups, with 11 new tracks recorded in Malibu, LA. Everything You’ve Come To Expect sees the return of producer and drummer James Ford, and the addition of Zach Dawes (Mini Mansions) on bass, and regardless of its content will no doubt be one of the hype albums of the year.

The most recently released track opens the album with promise - "Aviation" is very much a reminder of "Understatement", an enticing track of rock n roll harmonies. Midway through the third track, however you feel you’ve been listening to the same song since you first clicked play, and this feeling doesn’t disappear ‘til you are at least 20 minutes deep. The album has been described as ‘expansive’ and at times it feels exactly that - expanding, with your focus, across the horizon, calm but disinterested.

That’s not to say this is in any way an album without merit. The string arrangements, courtesy of Owen Pallett, are full of promise that the other instrumental tracks do not always fulfil. Tracks like "Pattern", "The Dream Synopsis" demonstrate the pair’s flair for dreamy, imaginative pop songwriting. It is, in fact the second half of the album that provides the best material, and this makes a second listening of the album far more palatable-context is everything after all.

"Breathlessly seductive" is one of the many phrases used in the press releases, and in some cases it’s not difficult to match this up to certain songs "Used To Be My Girl" and "She Does The Woods" (a rousing Bond-esque ballad) are more slick and snarl than simpering-but it is also undeniable that at times this ‘seduction’ is rather too sickly sweet, and the combination of almost sleazy lyrics (‘Ain’t got anything to lick without you baby’) with a thick layer of both effects and instrumental tracks is cause for cringe (and that’s while ignoring the public personas of the duo singing).

The inspiration behind their debut and band formation were clear, their common love of the 60s and Scott Walker. This has a similar retro outlook (if perhaps a decade later), and it would be wrong to deny that this album has its own sophistication; but it seems more inspired by an excess of time, of money, of California sunshine and palm trees and an inevitability that this album would be released, sooner or later.

I’m glad it was, though, if only for the few gems that will be on rotation throughout the summer. Perhaps the prospect of a whole album relisten will be more enticing then.