The Family Tree: The Leaves 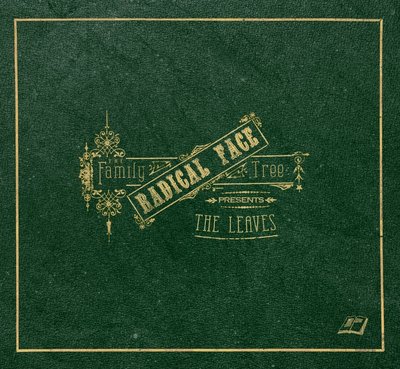 The Family Tree: The Leaves

The subjective relationship in music between instrumental arrangement and contextual composition can be manipulated in a number of ways. In some cases however, this can leave a tang of dissatisfaction if one is not quite up to par with the other. Ben Cooper or Radical Face as he is referred to on this occasion, created an inventive musical series which effectively differed from any party-hard mainstream guidelines and outlasted the evening, by spanning over a six year period.

“The Family Tree: The Leaves” is the third instalment of the three album trilogy which includes the first album “The Roots” and the follow-up, “The Branches”. Both LP’s successfully built the foundation and back story to the conjured-up kin pathologically followed throughout the tale known only as The Northcotes, a fabricated 19th century family who possessed enchanted abilities such as visually perceiving spirits and even summoning the deceased back to the land of the living.

The third chapter to the contemplative narrative is set to unravel and conclude with the understanding of both the children’s abilities, the uplifting connection found within the awareness, the perspective of those not living and the angelic implication of preserving all forms of life, figuratively and literally.

From a contextual judgement call, most would assume a dark and ominous score would follow the topic of the supernatural but is instead replaced with a gentle, otherworldly blend of psychedelic and indie folk acoustic that personifies the melancholy yet extremely detailed lives led in this example of lyrical literature.

One track titled after a typical episodic event is “Third Family Portrait”, which forms of pattern of re-appearing through the trilogy with each new release. Like each new family portrait however, the passage of time proves to change subtle differences into noticeable features.

With the first portrait giving birth to the difficult and tear-drenched saga and the second discussing the discovery of said whispered abilities, the third delves into a length of poverty depriving them of nourishment as the light guitar notes suggest a sense of determination with the muted moments gently adding in those understated seconds of desperateness.

Although the trilogy was a gateway manifested over a period of time, following a regrettable incident regarding the talented artist’s previous ambitions of becoming a writer, ‘The Family Tree: The Leaves’ remains saturated in abstract poetry and straightforward storytelling. The fate of The Northcotes may have been left to deliberation, but the flawless manner in which Mr Cooper manages the integration of an exciting novel concept into an orchestral/acoustic ensemble is simply incontestable.