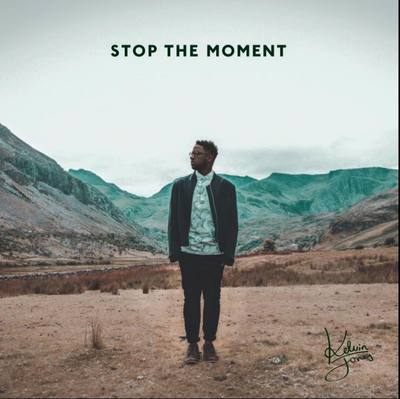 ‘Stop The Movement’ patents itself as a brand of debut that could easily be mistaken for a third or fourth album release. Depending on how you interpret that analogy however, does not necessarily signify a compliment. Kelvin Jones may have that mainstream melody that is oh so popular today but does that imply that his sound is one that will maintain attention?

Although it would be interesting to hear the twelve tracks without the studio polish cloth scrubbing every inch, the finish still clutches the scent of humility. Each track exemplifies the artist’s talent but the strength of his tracks relies heavily on the chorus craze that he has a great aptitude for creating.

The first acoustic chords of “Call You Home” remain rich and uplifting as he serenades the listener with a sweet pop folk package of wholesome devotion. Nearly three minutes of his gentle and attentive vocals are reassuring enough to assume Mr Jones has the capability of dominating radio stations long enough to become the artist you love to hate.

Single “Closer” may have also been in circulation before the album release, but still grasps elements of funk and gospel that will continue to influence fluid motions from dancing in the shower to strutting on the dance floor.

The singles released have given the public a taste test of the Englishman but there are still diamonds in the rough that have finally shuffled their way to the surface such as “No More Lies”. The piano accompaniment helps carry the singer’s notes as the backing vocalists add a weight of magnitude to the chorus section that brings about a progressive bearing of resemblance to James Morrison’s work.

‘Stop The Moment’ has been nurtured and raised from its studio infancy to traverse the main stream and bob gently towards radio paradise. Although the weathered back-catalogue tone creeps in underneath his unruffled feathers, there is little deliberation that this tuneful bird is ready to take flight.