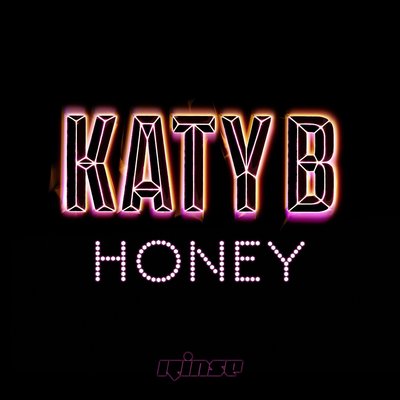 Who is Katy B? When she first hit the scene in 2010 with 'Katy On A Mission', she was thrown under the Drum & Bass genre before claiming the dreary, Kitchen Sink, Radio 2 tailored genre with 'Crying For No Reason'. These first two periods, whilst eclectic, certainly poised no identity for the songstress except she could sing and throw out a variety of sound. So what does that mean for 'Honey'?

“Honey is a record designated to take Katy B back to her roots as an artist performing live PAs in clubs” is the tagline attached to the record and while it lives up to it's title, the album is a collaborative project, which means very little sonically, but through it's credits you can see the who's who of the cool music scene.

The album is a journey. Through R&B soul tingled track "Honey" , where Katy's voice sinks through the track like nectar itself through to club euphoric single "I Wanna Be", with it's 10/10 lyrical content “I wanna touch you... break that barrier... get us out the friend zone. It’s getting deeper, now I fantasize when I’m all on my own I wanna tell you that anxiety’s a bitch babe”. Seriously. Over the euphoric dance beat, provided by Chris Lorenzo, the track is a certified hit! The album closer "Honey (Outro)" is also a certified synth-bop that Tove Lo would be begging for.

Katy's roots of "only having London streets" are evident on tracks "Chase Me", which could easily be part of the 90's All Saints sound, or "Lose Your Head", which inserts a shout-out to Ms Dynamite duet "Lights Out". And to quote the later... "No-one does it like Katy", meanwhile, the Hannah Wants collaboration "Dreamers" is a jittery track about friendship and ready for the summertime festivals.

The album takes a more sombre approach with "Dark Delirium". A synth-based electropop ballad (think "Crying For No Reason" meets a Xenomania production with lyrical content that could feature on a Lana Del Rey album), perhaps the tragedy of her brother's passing was a key influence for this?

So who is Katy B? Is she a popstar? Is she a champion of the underground? 'Honey' is without a doubt an album that broadens Katy as an artist and cements her as the star she is.