The Boxer Rebellion Go Deep In 'Ocean By Ocean' 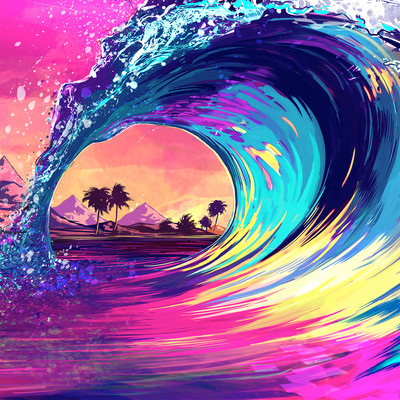 As a band, they've been together for 15 years. And with exception of a couple of line-up changes, guitarist Andrew Smith being the newest addition, their fifth studio album ‘Ocean By Ocean’ is seamless and complete.

It's described as an; “accomplished, beautifully orchestrated and impeccably freighted album, with a depth of emotion to every one of the 10 songs that lift each towards the hymnal. Their sound is brooding and ruminative, with singer Nathan Nicholson’s rising falsetto casting an eerie lava lamp glow on songs that sound good before midnight, and even better afterwards.” Apart from the lava lamp bit, that says it all.

This deeply emotional, desolate and dark album takes you on a journey that’s mature and erudite. The opening track ‘Weapon’ hears Nathan’s soaring vocals wistfully declare ‘you are a weapon’ through beautifully subtle and atmospheric strings.

‘Keep Me Close’ is heart-wrenchingly divine, as desperate sorrow runs through the rhythmic patter of gentle drums. This leads smoothly into ‘Redemption’, which is a departure as they add a folk feel to their bluesy lyrics.

Splatterings of synth mark ‘The Fog I Was Lost In’. Its orchestral repetitiveness complements its candidly poetic theme, personifying fog and the temporary blindness this brings.

Ending with ‘Let It Go’, it talks about making sacrifices in order to be happy and is the perfect book-end to an album that’s packed with oxymorons. It’s honest, while being steeped in metaphor. It’s simple, while being complex. It’s profound, while being effortless. It’s intelligent, while being accessible. And in that lays its genius.

I first discovered The Boxer Rebellion in 2005 when I saw them live at The Garage in Islington. I have to admit, I was mesmerised by the soundscapes and punky feedback. They were promoting their debut album Exits and it’s an album (with the exception of a couple of skippable tracks) that I still listen to regularly. So I'm pleased their newest album shows an evolution that sees them going from strength-to-strength.

Despite the lack of mainstream success, they've stuck at it, and I for one am happy about that. It’s so easy for bands to just give up. Touring is hard work and the only money-spinner, which is detrimental to producing music that could stand the test of time. There’s no doubt, ‘Ocean By Ocean’ will one day be regarded as one of the best, underrated albums of the 20-teens.