A Modern Classic From The Heart Of Siberia 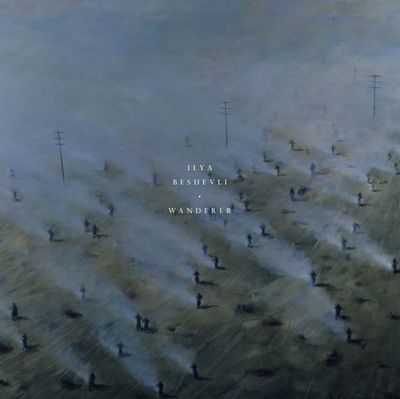 Ilya Beshevli is a Siberian-born pianist and composer whose music is apparently inspired by the bustling city of Moscow where he lives. His new album ‘Wanderer’ is a collection of modern classical pieces. In an era when most modern classical albums sound like a film soundtrack for an unreleased epic, Beshevli’s tracks could fit in easily with any piano piece written in the last 200 years and not seem out of place.

The opening tracks rely on changes in tempo and tone to take the listener on a journey through an icy city with a combination of calm winter walks and the occasional diversion into the more frenetic heart of the city.

The title track is particularly beautiful and showcases his instinctive gentle playing very well. Solo piano pieces can become a little dull and repetitive but Beshevli’s lightness of touch and ear for a tune keep each one fresh.

‘The Traveller’s Night Song’ has subtle, sympathetic backing from the Imperialis Orchestra that complements rather than overpowers the lone piano. The track has echoes of the great Czech composer Smetana, specifically the quieter moments of his marvellous ‘Vltava’ and shows Beshevli’s understanding of the traditional classical form.

‘Cranes are Flying’ has a more robust piano style that seems to channel Beethoven though the more reflective moments are clearly more personal in nature. In any classical music you can hear echoes of what has gone before but as long as the composer wears those influences lightly as Beshevli does it is not distracting.

Beshevli has produced an album that will, I think, be accepted as one of the finest modern classical albums. He has focused on the modern listener by concentrating on shorter pieces as indeed Beethoven and Mozart would probably have done if they had been around today.