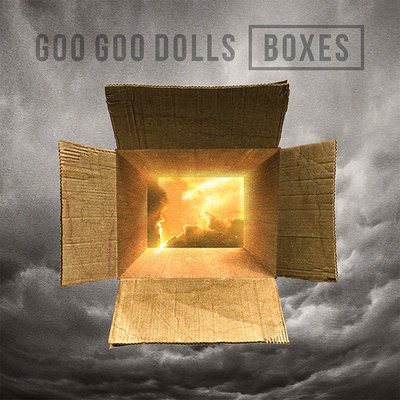 Goo Goo Dolls are back and better than ever, with their new album ‘Boxes’. Lead track 'Over & Over' instantly filled me with excitement, thirty years after their formation and the album that was made on just a $750 budget at Trackmaster's Studio in Buffalo.

In their time they’ve sold over a whopping 12 million albums and ‘Boxes’ marks their 11th studio collection. The 2013 release of ‘Magnetic’ led to a lot of disappointment among fans, but by the end of ‘Over and Over’ I knew that this was the Goo Goo Dolls I know and love.

‘Over and Over’is a track that sees the two remaining original members John Rzeznik and Robby, at the top of their game, like the much beloved song ‘Iris’, it’s one of those tracks that makes you want to share it with everyone you now, immediately! With strong lyrics, creative layering and a wide use of vocals this drag is set for success, and was my favourite among the album.

My least favourite tracks are towards the end of the album, despite the promising start ‘So Alive’ and ‘Prayer in my Pocket’ that both lyrically are great songs, the tune and style of do not fit on the album, and I’d of definitely preferred it sticking to the same themes as earlier tracks without the electronic influence.

'Long way home' transcends into a more indie sound, with a contagious beat and killer chorus that I think’s perfect for summer, an edgier side to a catchy pop track.

Overall 'Boxes' sees The Goo Goo Dolls making a great step forward, and I can't wait to hear more from them in the future.