Man Made - 'TV Broke My Brain' 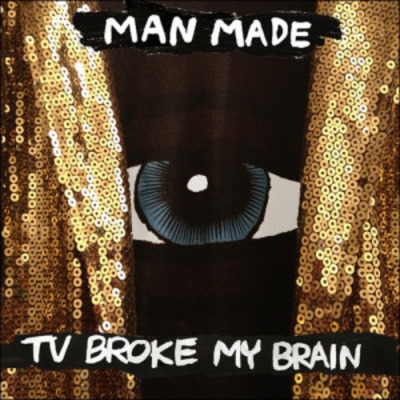 After their release of EP ‘Bring Some’ last year, Indie rock trio Man Made have released their debut album today and it’s even better than expected.

The band have had a number of great support slots including The Lemonheads and Jake Bugg. They're also managed by the same management used by Jake Bugg. What a great team of people to be managed by knowing they launched the career of someone like Jake Bugg.

It’s clear to see from the very start of the album with ‘Carsick Cars’ and ‘Hi Tech Low Life’ lead singer Nile Marr has no need to rely on his father’s connections for success. For those that don’t know he is the son of legendary musician Johnny Marr.

A real standout track from the album is ‘Raining in My Head’, they released the music video a couple weeks ago on Youtube which caught my attention and is certainly one of the best tracks on their album. This song really captures the bands enthusiasm of live music and wanting to sound as similar live as they can to the recorded version of the track. A moment I remember well from their gig at the Joiners in Southampton last month, was Nile’s speech about independent venues, supporting them and keeping them going. It was great to hear someone really promote great venues such as the Joiners.

I clearly remember ‘Bring Some’ from their set that night which sounded great and is another important piece to the jigsaw that is their debut album.

The penultimate track on the album is the title track ‘TV Broke My Brain’, it’s another standout single from the album, despite hearing it over a year ago as it was released in September 2014 it sounds quite different to the other tracks on the album.

This debut album really proves that you don’t need to stick to one particular style, the variety in the tracks really makes it a must listen. Every track sounds well-polished with sharp sounding guitar riffs glued together by well written lyrics. Overall I think it’s a smashing debut album and they will hopefully be a fantastic addition to the indie rock scene for years to come.
8/10