No Cure No Saviour

'No Cure No Saviour' Breathes A Wraithlike Ambience 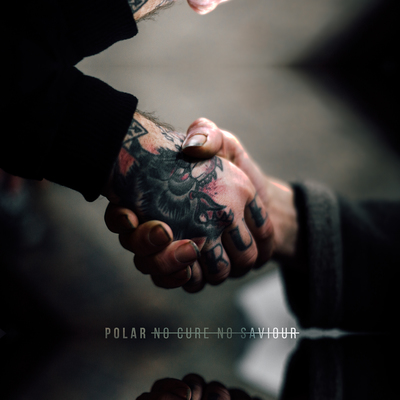 No Cure No Saviour

For a society that has approached and challenged so many life-altering situations over the last few years, it is still apparent how the general public prefer a heated statement instead of taking action in what they say they stand for or against.

Polar are however, exceptions in the music industry that are more than willing to meld their moving lyrics into affirmative action. In this case, homelessness is under the microscope and is one distressing topic that no one should ever have to encounter.

‘No Cure No Saviour’ is the fifth album from the hardcore punk heavyweights, opening on the hushed guitar strum of “Blood For Blood”, followed by broken bass and drum work that causes headphones to tremble as it reaches its peak with the jagged howl of “Where the fuck have you been?”. As the LP continues, Fabian Loman and Thomas Green breathe a wraithlike ambience with their six-strings as Jonathan Bowman and Nick Jones plough their way into the hit-hard motif.

The haunting echo engineering of Adam Woodford’s serrated snarls (along with additional resonation of booming bass), makes the overall impression of this new release exceedingly bullish in its character.

With vibrant melodies swimming through “Until The Light”, the band unleash an immeasurable anthem that could shake any venue it invades, announcing the harsh reality that “this world is hard to swallow” for those whose only possession is the name they were given.

The “No Cure” interlude fashions an interesting and gentle two minute instrumental with scratched dialogue, manipulating the music into a figurative recreation of how everyday noise can fade into the background when faced with a serious predicament.

Leading out on “No Saviour”, the reflective, isolated guitar introduction is pursued by a traditional follow up of a violent and striking instrumental accompaniment. With the immediacy of a fired gun, the track takes a turning and embarks on a colourful two minutes of constructive rock before introducing Mr Woodford into the equation. Burning out with the same riff (except with a rising ringing feedback), the song efficiently closes the album but the book itself, will not be placed back on the shelf until they change some facts.

‘No Cure No Saviour’ is aggressively blunt and anything but subtle, with the good Samaritans of Surrey metaphorically shouting how loud and relentless current dilemmas should be tackled.