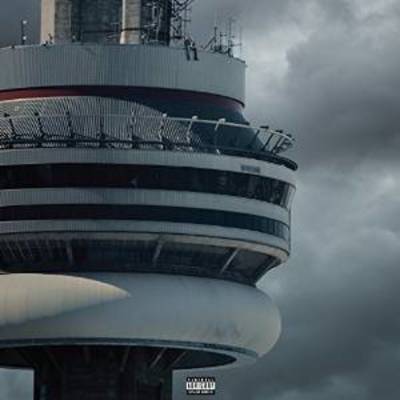 Most music listeners and their own mothers would know the name Drake if it were to come up in conversation. The late 20’s Canadian songwriter has released a number of studio and compilation albums through his triumphant career thus far, returning after some years away from the LP end of life with ‘Views’. He may be one of the worlds most talked about artists currently in circulation, but pit falls found on his unnecessarily long journey of an LP lead him down old roads and slightly astray from his predicted glorified finish.

Along with Jay Z and Beyonce, Drake stands alongside some of the most intelligent marketers in the music industry at the moment. By masterfully using his own slandered image in regards to his varied genre ties, and manipulating it into a constant internet presence with one well-publicized Soundcloud giveaway, he managed to keep his name a regular table topic in the long lead up to ‘Views’ release.

The album itself unveils an exceedingly lengthy twenty track for the audience to try and absorb. With certain tracks spanning over four minutes, it is no surprise that the full recording reaches a whopping eighty one minutes of play time. This does not aid Drake through his attempt of delivering as much content as humanly possible, unfortunately falls short and not laying careful consideration into the editing process which could have created two separate albums, or a ten or twelve track sound superior.

There is no doubt that the unexpected sample usage of DMX’s “Bitches These Bitches Want” in Drake’s “U With Me” track (along with several other well-known artists), is in relation to the petty disputes between one another, not making much of anything to listen to. The strategic creation clearly materialised to become yet another marketing hook-line for Drake to keep ‘Views’ in conversation, even after consistent radio plays have commenced their analytical autopsy and examination of every note featured.

Tracks such as “Keep The Family Close” and “Feel No Ways” are proficiently mesmerising and hypnotic to the senses, with rich tones and irregular synthesized beats that intermingle with the pop and light rap amalgamation, that he works well categorised under.

Yet again however due to poor editing commitments, as the album progresses, the sound periodically transforms into a monotonous lull, with Drake’s stray conceited lyrics and ill mix of self-confirming and fleeting mutters muddying the content.

It has been debated that his middle-ground style of rapping studies a more modern spoken therapy approach to the compilation of genres (which holds an element of truth and works on occasion), but the over-active use of vocal effects and layers disconnect the listener from the subjects that do not revolve solely around his identity.

No doubt ‘Views’ will prove incredibly profitable for everyone receiving a cut and the large throng of Drake purists will be happy with his trip down method memory lane, whereas the rest of the world will breathe a sigh of slight disappointment at his inability to shake old habits and not discuss something more than his own appreciation for himself.