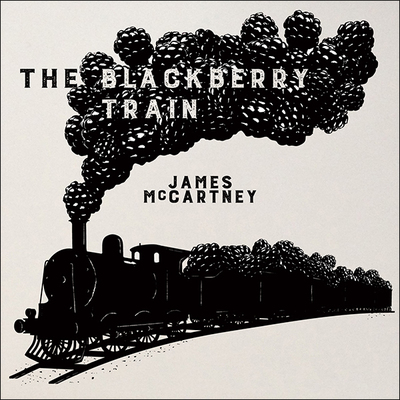 James McCartney was likely born and bred to be a musician, calling one of the four Liverpudlian wonders his father. A most arduous challenge it must be to live up to the household reputation however, not only in the eyes of the public but in his own eyes as well, saddled with the unfortunate unconscious thought of music lovers alike comparing him to the Lonely Heart members back catalogue. Luckily for McCartney junior, he took his time to craft and develop his own sound, outdoing himself with ‘The Blackberry Train’.

Instead of milking off the much loved music traits of his predecessor, the singer/songwriter turns his guitar towards the modern indie scene which he hones with jazz influences thrown in and a grungy hook of alternative rock, which makes his LP quite an enjoyable and unpredictable piece of music.

‘The Blackberry Train’ fires up its engine with the elevating introduction of “Too Hard” which generates a sweet country melody with his high singing voice holding stature and a distinct recognisable tone, demonstrating from the offset the artists potential to discover a new and tantalising path for his family name.

The rough terrain of “Unicorn” emphasises the connection of grunge and indie rock that becomes heavily evident, with a punk-punch stemming through each guitar strum as “Ballerina” evaluates the hypnotic nature of James’s voice, twigging pitches that could easily be confused with McCartney senior.

“Fantasy” unveils a three minute journey into euphoria, best described as a figurative assemblage of Canada’s Neil Young, Oxford’s Radiohead and London’s Athlete, rousing the dream-like condition as the listener is whisked away, further down the rabbit hole into the impulsive and slightly sinister arms of “Alice”.

Hovering over the gentle heart of “Prayer” and “Peace and Stillness” however, it appears the shadow of the former Beatle is more complicated to shake than previously expected. The interesting use of the clavichord, piano and stretched singing pitches become analogous to Paul’s solo work and Sgt Pepper days, but are not impossible to tell apart.

With the one-word catch choruses playing strong roles in each track and McCartney’s determination to avoid type-casting, a confident thought stirs which confirms ‘The Blackberry Train’ is definitely his most dominant work to date. With songs that explore the musician’s experimental flexibility and idiosyncrasy within his practiced ability, he rightly justifies his seat at the table of up-and-coming artists.