Read more
REVIEW album Travis Everything At Once

Travis' 'Everything At Once' Offers Nothing 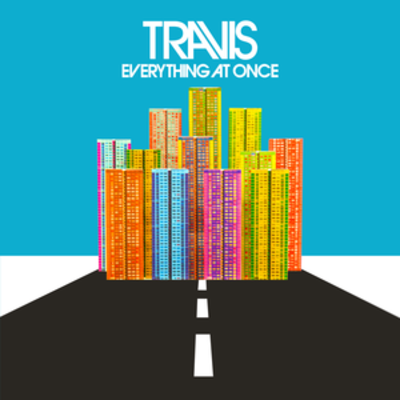 Travis. Remember them? They asked in the early 00s why it always rains on them. They blazed a trail that Coldplay now tread. Since then, they've been steadily releasing albums but failed to hit the dizzy heights of 'The Man Who', which bagged them a couple of BRITs and a place on Q's Greatest Album of All Time list. You could say they had 'everything at once'... see what I did there?!

Now with the release of their eighth studio album, 'Everything At Once', they're looking to reclaim that former glory. Perhaps egged on by this trend of band revivals. I mean we've had The Stone Roses, Rage Against The Machine and Jesus And Mary Chain all creating a bit of a stir.

OK, this isn't on that scale and their last album was released just three years ago, so to call it a comeback would be an over-statement. What I'm trying to say is perhaps they're hoping a bit of nostalgia will help give this album a much needed push.

To be honest, I don't remember any Travis albums/singles since The Invisible Band. I was a big fan of the little ukulele melody in "Sing". After that, Travis just disappeared from my world. Not intentionally, I'd like to add. It's just I prefer music with more balls or melancholy.

This album did nothing to change this perception. It's packed with ten light-hearted, inoffensive ditties. Each track flows into the other almost unnoticed in a upbeat and jaunty fashion. It's too rock to be folk and too folk to be rock, which makes it a bit bland.

And it's this lack of creativity, empathy and appeal that leads Travis down the same path as other flash-in-the-pan bands like Glasvegas, The Bravery and The Vines. They've simply run out of things to say and ways to say it... much like me and this review.

What I look for in an album is an ability to strike an emotional chord like Daughter, get a physical reaction like Foals (or the aforementioned Coldplay, for some) or have a message like Radiohead.

This is just pleasant background music. And that's all there is to it.