Beauty In The Bleak 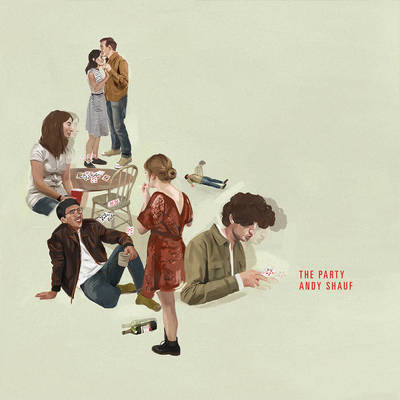 'Party', the new record from Canada’s Andy Shauf, does anything but evoke considerations of an upbeat social occasion. It’s the kind of music you’d associate with a Zach Braff montage. It’s raining. Perhaps his car won’t start. Maybe his shopping bags have just split and there’s Soy milk all over his Moccasins. The feeling is one of misfortune, yet despite the apparent negative connotations you can’t help but feel comfort in the bleakness.

It’s a beautifully crafted, melodic album that is surprisingly easy listening to given the lyrical intensity and steady monotony of each track.

When trying to describe his obscure approach to music the obvious comparison is to Elliott Smith, with Shauf’s breathy-voiced tracks possessing an air of bittersweet love stories, dripping with melancholy. You’d expect the majority of these to be unrequited, as if his juvenile-sounding vocals are juxtaposed by the sorrowful depth of the lyrics.

Singing of “standing in the kitchen stressing out the host” (‘Early to the Party’), believing that “everybody’s laughing at me” (‘Twist Your Ankle’), and asking “why do I always see the worst in you” (the aptly-titled “Worst in You”) doesn’t exactly channel Katy Perry. But everything is sung with conviction, and with the slow patience of simple instrumentals, Shauf’s music is sincere. And arguably this is its greatest asset.

After releasing his first albums through small Canadian labels, 'Party' is Shauf’s first foray into the mainstream. So to speak. Released by ANTI-, the Saskatchewan musician finds himself on the same books as Wilco and Tom Waits. The company for association is solid, and will no doubt provide him firm ground to further develop himself as a musician (as well as swell his European distribution - a much more functional consideration on the new deal).

As an album, 'Party' is much more upbeat than it’s 2015 predecessor, 'The Bearer of Bad News'. Given the titles perhaps this is unsurprising, but to find out whether the trajectory is continued make sure to check out Shauf’s next album, 'Ibiza Double Drop Mash-Up'. Due for release in 2017.