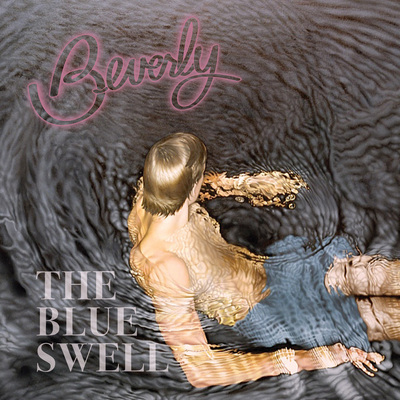 Beverly are Drew Citron and Scott Rosenthal, and are based in Brooklyn. Beverly evolved from singer Frankie Rose’s backing group and were originally a four piece, including Rose at the time of the release of their debut album ‘Careers’ in 2014.

Rose relocated to LA, and Citron and Rosenthal decided to continue with Beverly as a duo. They have now released their second album ‘The Blue Swell’, and have produced a set of songs that immediately catch the attention, touching on themes of love and loss, of friendship and change.

The tone is set by album opener "Bulldozer", which tells the story of the changing neighbourhood of Williamsburg. “Cat is a machine pushing the rocks around” sings Citron to a fast paced, lively backbeat. “If you want something, know you can help yourself” she adds as we see that Williamsburg is not going in the right direction.

It’s a solid start, and there is better to come. "You Said It" boasts an intriguing intro and fuzzed guitars behind an ominous, unsettling lyric. “Wrote a song but I’ll never play it – ‘cause you said it and you can’t unsay it”.

The album’s first single "Victoria" is a lively singalong, and it is followed by the album’s best track "South Collins". There are really potent grungy guitars beneath the beat here and more intriguing lyrics. The song sprang from an idea Citron had for a Film Noir script, merging past and present and hinting at murder, and the music builds to a sweeping, potent force. The band have released a video for the song, and it’s well worth watching.

The rest of the album lacks the punch of ‘South Collins’, but "Lake House" and "The Smokey Pines" continue the mysterious, sinister themes and the music is always punchy and never dull.

Beverly write fascinating, oblique lyrics and merge them with intriguing and intelligent music. But do listen to this album with the lyrics in front of you – then a real sense of the cinematic scope of Beverly’s ambition will strike you.