Issues 'Headspace' Is Impossible To Ignore 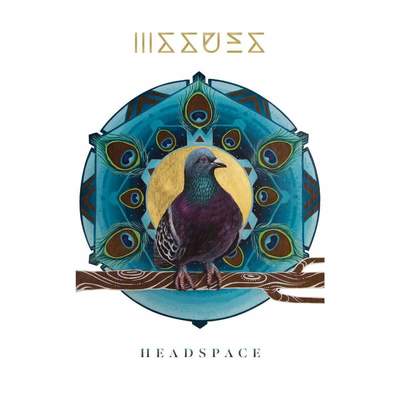 The conceptual pondering of combining R&B and Metalcore was likely initially met with the similar reaction of mixing Peanut butter and chocolate. Issues however, have inevitably concluded the debate of hesitant blending with a similar success, that is accordingly framed and polished in their second album release, ‘Headspace’.

Riding heavily on the groove vibes from the offset, the thirteen track spectacular opens on “The Realest”. Sky Acord bellows in the background with his bass, embodying the beefy reputation he has built himself over the years as Michael Bohn and Tyler Carter return with their call and response methods.

Bohn wraps rap around a hardcore technique with Carter typically doing what has always been his strength of reaching new heights of soft singing delicacy and effortless vibrato use.

The foot shuffling action that rapidly follows “Lost-N-found (On A Roll)” jumps into the picture. Like an itch left unsatisfied, the enslaving chorus and punk-heavy verses are impossible to ignore, making this a strong contender for the next live performance favourite.

For a band that embraces a style that relies heavily on its ability to manipulate its surroundings and integrate various genres into itself at a moment’s notice however, the five-piece manage to stay true to many of the metal traditions.

With intermittent guitar rhythms keeping the audience on their toes, the punchy notes still hammer at the listener’s ears and rhythm-ready drum beats keep the flow consistent, opening up the audio IV and injecting head banging adrenaline at an alarming rate.

The mishmash of both rests well with “Coma”. The flood of attention is justified with its colossal chorus and interesting turn of Michael using mainly singing vocals through the duration, becoming one of the definitive and dominant songs of the new release.

The subtle and not so subtle inclusions on this unique LP also make it one that dawdles on the edge of the mind and the tip of the tongue. Whether that be because of the swift roundhouse delivered to authoritarianism in “Blue Walls”, or the erratic but conscious silences added in “Rank Rider” that attach an amplified thump to the crucial moments.

“Headspace” will craft an entirely new wave of influence for future acts and relays exactly what you will need to make room for, in order to thoroughly indulge in Issues latest work.