The Heart Speaks in Whispers

A Stunning Voice In Search Of Sympathetic Arrangements 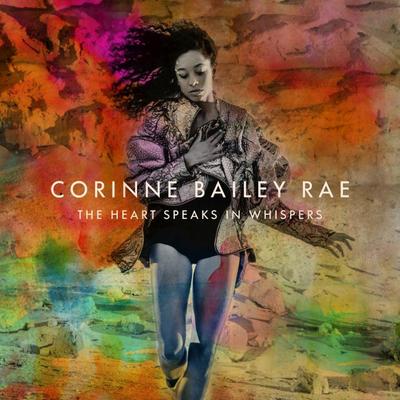 The Heart Speaks in Whispers

It takes just a couple of bars of the opening track of 'The Heart Speaks in Whispers' to confirm that Corinne Bailey Rae’s instantly recognisable voice is not just intact, but richer and more impressive than ever.

I’m not sure about the music on the first track as it seems to follow its own course from time to time and doesn’t always complement the vocals. Things improve significantly with the second track, gorgeous ballad ‘Hey I Won’t Break Your Heart’ underpinned by a beautiful arrangement that fits perfectly with the soulful singing.

‘Tell Me’ tries to update Bailey Rae’s sound with limited success as she sings over Beyonce style backing which doesn’t really suit her. The trouble is that there are singers who have grown up with that style and they will always sound more natural. Her appeal is based on her voice and she loses a large measure of that appeal by trying to copy other singers’ approaches. It reminds me of Enrique Iglesias and his relative lack of success after ditching his heavily accented English of ‘Hero’ for a more American sound that robbed him of his uniqueness.

After a number of forgettable arrangements that seem to be attempting to bury her voice she gets back to what she does best with the stunning ‘Do You Ever Think Of Me’ where she channels Natalie Cole over a jazzy Luther Vandross style tune.

The following track ‘Caramel’ puts the voice front and centre of a sympathetic arrangement as the upturn in quality continues. What the two tracks have in common as well as their musical quality is their lyrical quality in an album that too often steers close to cliché.

Sadly, the last few songs are as forgettable as the bulk of the previous tracks. I’ve always been a huge fan of Corinne Bailey Rae, but I feel as though this is a missed opportunity. The album seems to be searching for a sound that brings her up to date, but is guilty of trying too many different styles without really finding a coherent sound for the 2016 version of a really gifted soul singer.