Looking For A New Garage Rock Band To Fall In Love With? 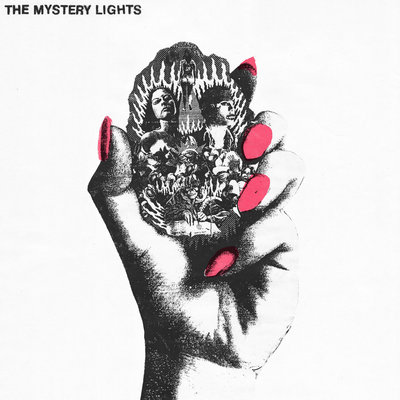 Look no further… we have been buzzing about The Mystery Lights ever since we discovered them at SXSW (by accident) in March so were delighted when the man with springs for legs sent us a copy of the album to review.

So who are they... The Mystery Lights are a furiously energetic garage rock five-piece band originally from LA, currently residing in New York City. They have been making a name for themselves over the last couple of years in NYC as one the best garage rock bands around with one of the best live shows I have ever seen. The band features Mike Brandon: GTR & VOX, LA Solano: GTR, Alex Q Amini: BASS, Kevin Harris: ORGAN.

The Mystery Lights, self-titled LP is soon to be released on Daptone’s new rock imprint, Wick Records. We’ve had this on repeat and here is our track-by-track review:

2 - 'Follow Me Home': The first single from the album. Described by Rolling Stone as a ‘full-blown psychedelic freak-out’ the combined riffs and organ give this track a bouncy-blues sixties retro feel.

3 - 'Flowers in My Hair, Demons in My Head': A title track I think we can all relate to. This has slow psych pace with Brandon’s fuzz-fueled vocals taking the lead until the last 20 seconds when things just go nuts.

4 - 'Too Many Girls': A two-minute garage rock track like this is all about the rhythm section and this outfit has one of the best around at the moment, sing-along foot stomper. Ridiculously catchy.

5 - 'Without Me': A slower sad ballad, than what we’ve heard so far, Mike's gravely vocals wail with emotion alongside embedded blues riffs.

6 - 'Melt': One of the most energetic tracks on the album. It’s absolute gritty rock n roll madness but you wouldn’t want it any other way.

7 - 'Candlelight': What’s the best thing about this song? Mike Brandon’s slop pop vocals in the verse’s going to full on fuzz crazy in the chorus. Or the keys that intertwine with the guitars? Listen to this song 10 times and you’ll find another 10 reasons to love it.

8 - '21 & Counting': Built around a lurching guitar riff pinned down by thumping drums. Rowdy, thoughtful and soulful.

9 - 'Too Tough to Bear': A guitar riff that takes me back to one of those Fat White Family show in Brixton's tiniest venue, this is a full blown golden freak-out.

10- 'Before My Own': Starting with a scuzzy guitar riff and building into a ramshackle head banging outro. This is one of the stand tracks on the album.

11 - 'What Happens When You Turn the Devil Down': the best lyrics on the album and sounds like the soundtrack to horror story, closing out the album in a hot, sweltering psychedelic sound that perfectly captures the energy you’ll see at their lives shows.

The Mystery Lights begin a European Tour at the end of May and I caught up with singer Mike Brandon before he set off from the states. He told me they were very excited to finally come to the UK to perform. England is where Mike’s father is from and some of his family who he’s never met before will be coming to the shows so that will be interesting.