This Is Not A Love Song

Read more
REVIEW festival This Is Not A Love Song 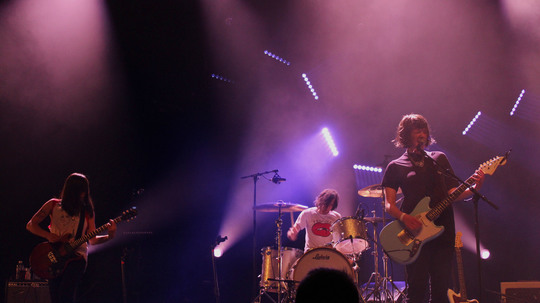 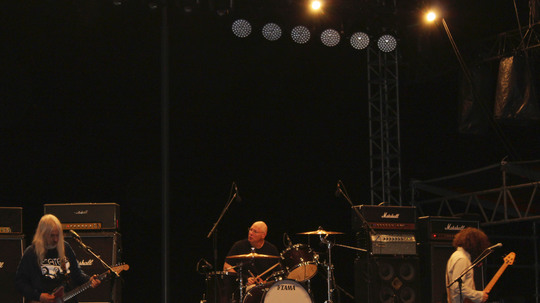 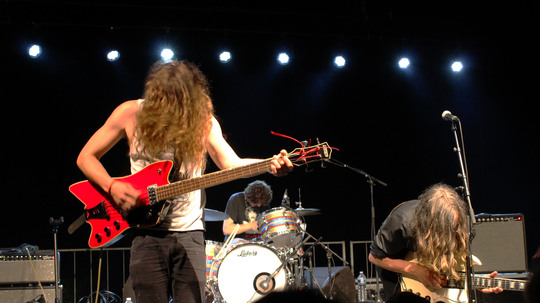 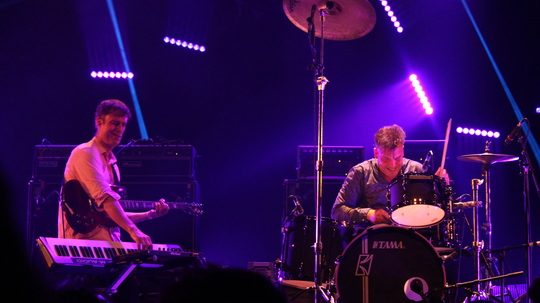 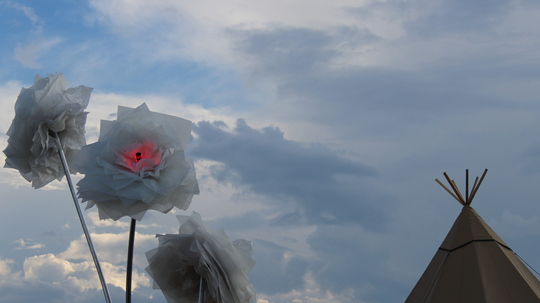 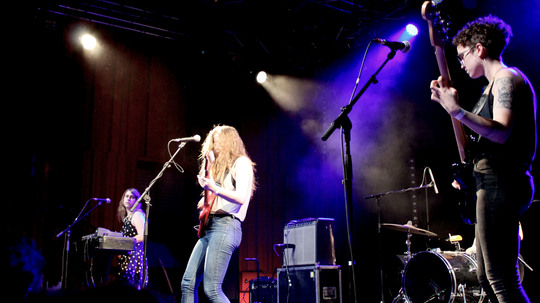 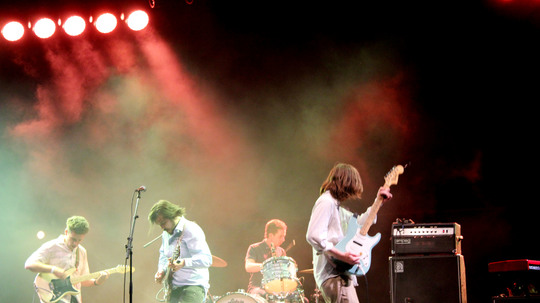 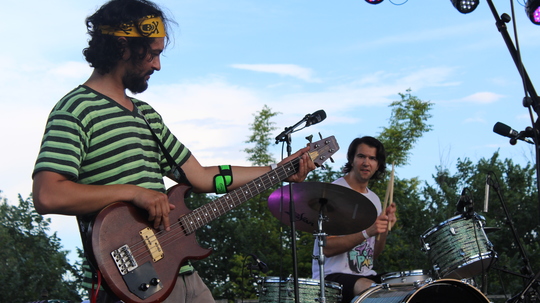 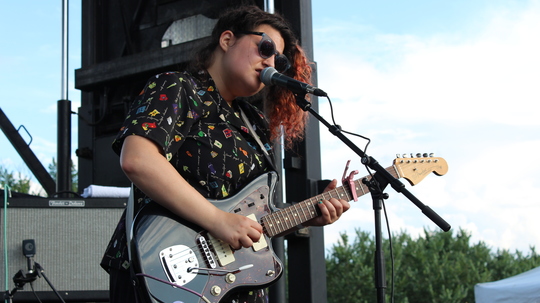 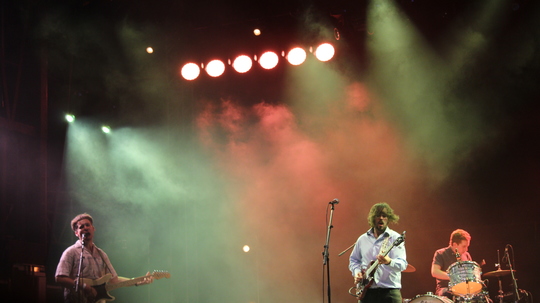 This Is Not A Love Song is a small independent festival in Nimes, France. This Is Not A Love Song, is a love song. It’s a love song passionately penned with the hardened digits of a guitar player, an amorous declaration addressed to independent music and its fans. It’s a love song with a growling guttural melody, aiming for the soul of the live music experience. It’s a beautiful, beer fuelled, band t-shirt wearing, love song of a festival. Where larger festivals heave ugly with over-population and corporatisation, This Is Not A Love Song is calm and charming in its purity of intention. The effect is easy on the eye and pleasant on the ear – an atmosphere conducive to friendly headbanging en masse, the occasional crowd-surf, a mandatory mosh.

The line-up was and has been since the festival’s conception in 2013, absolute gold - immaculate curation, divine selection.
And it comes with a nifty €70 price tag.

Last week we took a trip to it.

Cancelled flights and train strikes nearly de-railed the plans, but after a bit of turbulent travelling, we got to our apartment (complete with a pink Smeg fridge and a vast collection of zombie/apocalypse books/movies).

From centre ville we hopped on the (infrequent and overcrowded) free shuttle bus and made it for half of Dilly Dally’s set.

She’s a snarling Pixies influenced singer with hair strewn across her face like a keratinous curtain. Courtney Love meets Courtney Barnett. Single ‘Desire’ got stuck in my head for the rest of the weekend, which was a welcome earworm. One you could probably be friends with and let crash on your brain couch for a while.

We sauntered on towards Ty Segal on main stage. Insane stage personas from the whole band. Like a team of eccentric villains dressed straight from 70's Bond movies. Three incredible lead guitarists each taking turns between melting faces and holding the music down, leaving Ty to reign supreme as a reprobate asylum escapee of a front-man. He’s fearless and terrifying and hilarious.

The Mystery Lights did. Recently signed on the ever-impressive Daptone Records, they howled high-energy retro rock’n’roll at us via front man Mike Brandon, known for his quality of leg kicks and general frenetics. A great live band on the verge of deserved wide scale attention, for fans of Black Keys or Beefheart.

Great sets from Explosions In The Sky, Foals and Battles followed, but Chocolat stole Friday night’s main show for me.
Here follows a review of said gig from my media pass companion Conor.

‘I closed my eyes and travelled back to a time I can’t quite put my finger on. This was the sound of Chocolat. Four dangling hairstyles and a Phil Lynott lookalike on drums, These Montreal based rockers pulsed stamina as they powered through a set filled with classic guitar sounds and groovy (right-on!) rock energy. Beautiful melodic builds ups bursting at the seams and breaking with rock riffs and catchy hooks.
Drawing comparisons to Icecross, Black Sabbath, Captain Beyond and Witch, they were my biggest surprise of the festival. A band I’ll keep my eye firmly on in the future.’

Saturday saw us get married to three other males under oath to a drunk, chain smoking Elvis priest with a megaphone. It was actually quite quaint and had rice confetti.

The honeymoon set of Saturday however was a masterclass from the wizards of introverted noise rock, Dinosaur Jr.
J. Mascis let us a glimpse at the exorcism of guitar magic from his weird-ass soul. He’s a mystery, he’s a rock God. He is Saruman and his guitar is his staff.

An onslaught of increasingly heavy guitar bands blew the hang out of our hangover on Sunday, with California girl-punk band Nots followed by the huge noise three-piece Metz, followed by San Diego colossus Drive Like Jehu. The latter’s guitarist John Reis was a powerhouse. I’ve never seen anyone treat a guitar so mean and make it sound so good.

Parquet Courts are one of my favourite bands on the planet right now but I’ve seen ‘em deliver more raucous sets than theirs on Sunday. This was perhaps confirmed when I realized my highlight of the gig was probably their highly tickling 5 minute sound check. Still oozed personality with rock solid performances of brilliant songs.

Next! Searing apocalyptic noise rock from Irish’s sole representatives Girl Band was extinguished by the somber tones of Celloist Helen Money. She somehow makes instrumental, solo Cello sound grungy and dark and that’s pretty great. Beach House drenched us that dreamy reverb of theirs as the night came to a close and it was the mild splash in the face we needed, ready for festival closer – the iconic Steve Albini and band (Shellac) singing and shredding in the skin.

Co-media pass holder Conor took on description duties of this experience and he said this;

‘The legendary trio Shellac ended the festival and it’s hard to imagine a better way. Pure muscle, pure noise, an intimidation act carefully scripted and perfectly executed. Tight knit communication between songs, the band always in synch with one another.'

A memorable performance and a memorable exit - guitar and bass, peeling away piece by piece, drum by drum, until one was left. The snare, still there, keeping the beat alive, the heartbeat of TINALS. Until the final sound reverberated our hearts and left us at peace.. until next year.