Read more
REVIEW album Jake Bugg On My One

'On My One' Could Use a Helping Hand 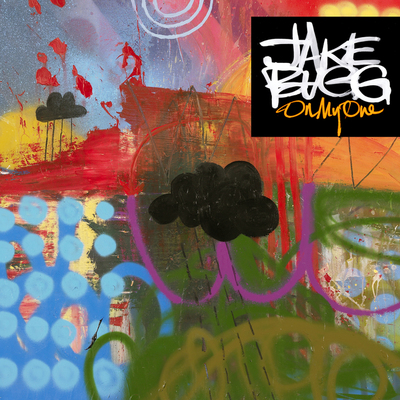 Nottingham’s Jake Bugg has been on a musical rollercoaster since breaking into the public eye in 2012 with both his self-titled album and the endlessly catchy single ‘Lightning Bolt’. There is not many that artists that can boast three albums by the age of 22. Bugg’s latest album, 'On My One', is his first since 2013’s 'Shangri La'.

The album title ‘On My One’ is derived from the term ‘on my own’ but with a twist of the Nottingham dialect, with one replacing own. This is befitting of the album which was written and composed entirely by Bugg. He also produced all but three songs, leaving him ‘on his one’ for nearly the entirety of the albums creation.

The album is a fairly average offering and this could possibly be down to the lack of support in the producing and composing. It seems disjointed at points with no coherent path. Jake Bugg has experimented with a variety of styles and has not been so successful in straying from his usual sound, with it sounding more like a cover album of favourite artists rather than an original piece of work, at times.

These experimental diversions include "Ain’t No Rhyme", a hip-hop (in inverted commas) style track, and sounds a bit like a Jamie T cover artist. Bugg does not really lend much to the style of the song. "Gimme the Love" also has a diversion from Bugg’s usual feel. It sounds Red Hot Chilli Pepper-esque, almost like a funkier version of "Can’t Stop".

There are stand out pieces too, albeit none reaching the levels of "Lightning Bolt". "Love, Hope and Misery", is one that made a diversion to Bugg’s usual fare but is still an enjoyable and strong listen and has an air of Harry Nilsson’s "I Can’t Live Without You". The title track "On My One" and "Livin’ Up Country" are also strong offerings, with the former a bluesy exploration of the loneliness of life on the road as a touring singer.

Overall, 'On My One' is a mixed bag, with a handful of questionable songs. A few strong tracks showcasing the sound and style we all associate with Jake Bugg go some way in redeeming the album. If anything, the album shows a brave jump into the abyss for Jake Bugg, experimenting with new styles and attempting to oversee the entire creative process of his work. Unfortunately, it did not work out, and it is obvious that going it alone may not be the best way.