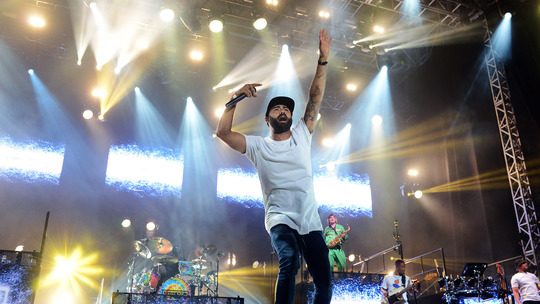 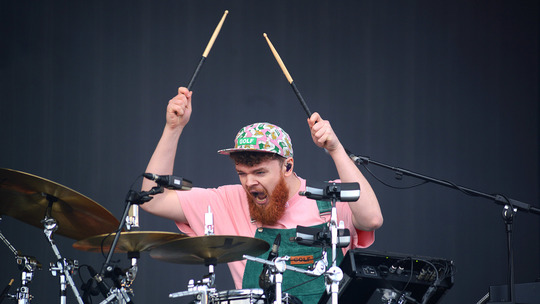 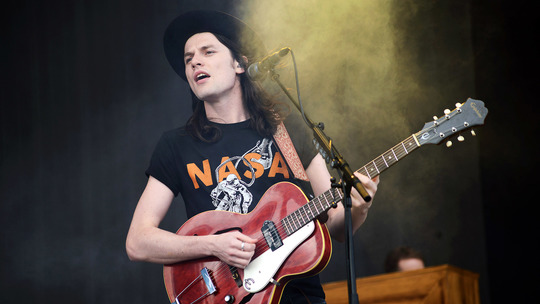 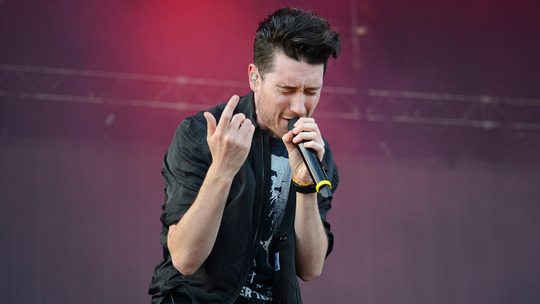 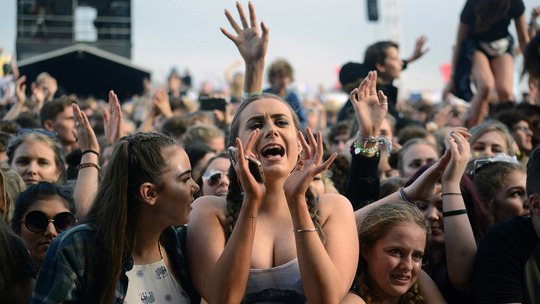 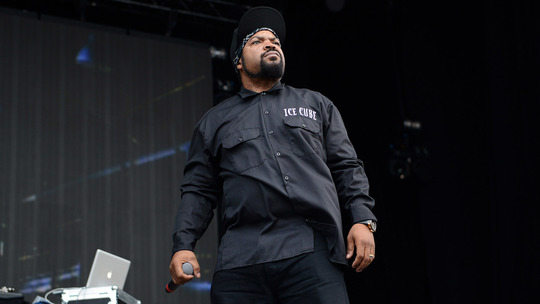 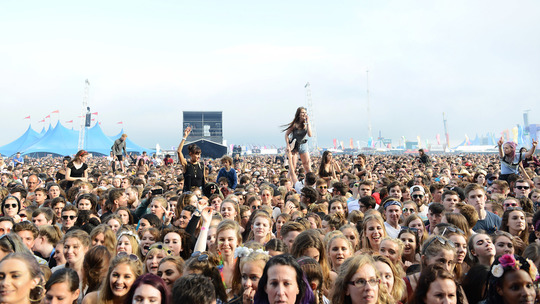 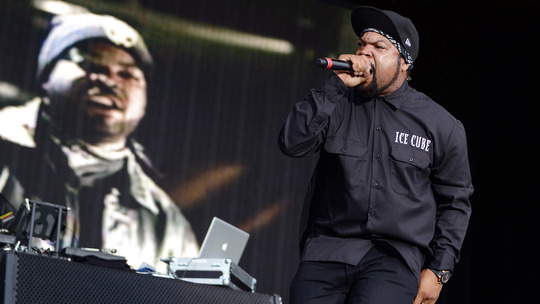 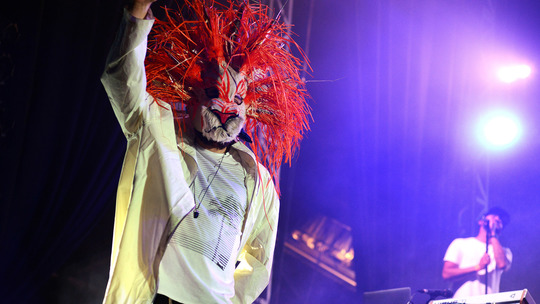 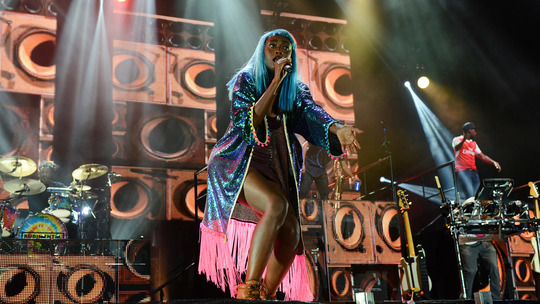 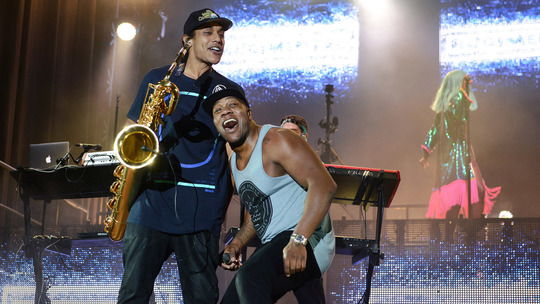 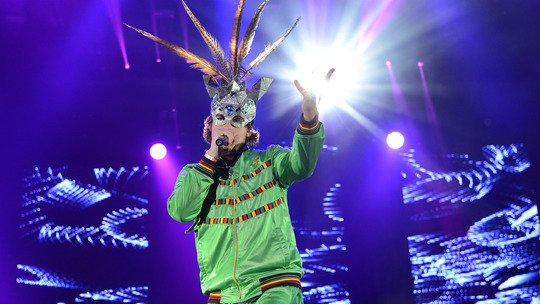 Although the likes of Carl Cox, Pusha T and Kano were some of many astonishing acts to take to Sundays stages dotted around the grounds, it would have taken monumental effort for the majority to tear themselves away from the massive main stage line-up (which was also likely assisted by the string of horrific hangovers that left some practically immobile).

Jack Garratt appeared in an outfit that personified the concept of Super Mario as a drum bashing hipster but nevertheless, peaked curiosity and rotated the remaining few not facing in his direction. Those who were elsewhere however, missed a set to remember.

The Buckingham beauty continued his streak of smashing and dashing, with an outstanding understanding of how to impersonate Van Dyke’s much-loved multi-instrumentalist character with strategic use of his musical equipment, including a sample pad, keyboard and Stratocaster guitar.

Playing tracks that have received heavy chart sales and a serious following, the alternative artist chopped away at cymbals with calculated flourishes and pushed his vocals to their limits which brought about a series of stretched out and content claps.

Swallowing the concept that the two acts were on right after one another remained difficult to force down but after the short period of Garratt’s departure, James Bay walked out cradling his Epiphone Archtop, hair flossing the wind as the golden glow rigging flowed down and stroked his fedora before setting his eyes on live triumph.

From the moment he became visible to the moving mass, those with their feet on the floor to those with their thighs wrapped around shoulders became infatuated with identical adulation. Bay and his band progressively traversed ‘Chaos and the Calm’ with a cool charisma cascading off every move they made, separating the songwriter from your traditional ballad sweetheart.

His set existed consistently in the realm of persistent placidity with the brand of seasoned rock musician batting back any impression of respite, with the repetitive use of hungry guitar chords and practiced vocal control.

Late afternoon yet again rolled around and it was time that the stage production received a beefy Bastille-sized tune up. Full sized digital stage backdrops and even stage props with crafted mesh men perched on top, overseeing the quartet in their Indie Pop glory.

Dan had never been considered a slouch when it came to fronting the English entourage and their show at Wild Life was a fitting example of not only his indefatigable character but also the group’s professional frivolity in sharing their classic array of Electro.

After a whole day of Indie/rock/pop however, it was time to shake it up and invite on the Western Warlord himself, Ice Cube. The American rapper had a stare sharp enough to slice diamonds and it was crystal clear as he moved to the centre, with arms held high, that all he was interested in was pure performance gold.

With a big grin forming as he bounced into “You Can Do It” and his frosty glare forming over “Hello”, the icon dedicated his performance to the late Muhammad Ali and Prince before pounding through the rest of his set alongside his son, Darrel Jackson, both swapping amusing comments periodically as well as adapting tracks to fit a successful call and response technique.

Two positively demanding days in the land of beer, cider and cocktail drenched heaven had been slowly building up to the tuneful precipice to follow. Just when the two days had epitomised themselves as the young contender of British festivals, the poor expectations lay firmly defeated as the sheer strength of the rigging and backlights illuminated not only the stage and sea of spectators, but most likely the rest of Shoreham-By-Sea as well.

Rudimental have always been big fans of vibrant colours and eccentric outfits to go with their party-hard anthems, so it was no surprise to see a fresh jumble of exotic head pieces and Mardi-Gras outfits for their booming finale.

The exuberant DJ Locksmith ran from left to right like a wound up puppy, grinning from ear to ear as he blissfully committed to each passing moment. Will Heard, Anne Marie, Tommy Jules and the other dazzling singers each exemplified an exquisite range of serenading voices with Beanie delivering a wonderful sequence of fluidic wallops with his battered drumsticks.

Each musician gave off the conviction that they wined and dined on what they created over the past five years with a constant craving for sustenance, intending to share the positive vibes falling off them with their listeners (the accomplishment of which was blatantly obvious from the yammering fans not ten metres away from their feet).

Wild Life promised an unbeatable festival and with the gracious weather holding off until the Monday morning, it was unmistakable that nothing intended to make these two days anything other than mightily memorable and third year desirable.