Moving On From The Backseat - The Hype Is Real 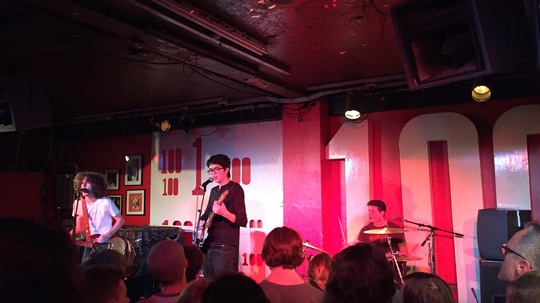 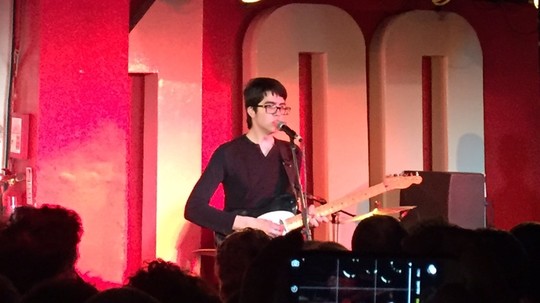 You got the feeling you were in the presence of something pretty damn special.

Big statements about the future of indie rock are generally met with cynicism, but from the moment the thumping drums of Fill In The Blank’ kicked in, you quickly realised the hype surrounding Car Seat Headrest appears to be justified.

Will Toledo cuts a nonchalant figure on stage - studious, quiet, geeky. But behind the thick-rimmed glasses lies a monstrously gifted, prolific (10 albums at 23?) musician - who backs his mystique up with a visceral, energetic performance.

The set drew predominantly from their latest record, ‘Teens of Denial’, with the primitive power of ‘Vincent’ mixed with the lighters-in-the-air beauty of ‘The Ballad of the Costa Concordia’. They were also able to call upon some older tracks (’Strangers’, ‘Cute Thing’, ‘Something Soon’) to satisfy the die-hards.

And boy were there some die-hards. Since signing to Matador their profile has been raised, but a healthy contingent of ‘I-was-there-from-the-start’-ers were there to worship their hero. The beauty of Toledo’s music lies in the effortless combination of perceptive, intelligent songwriting with euphoric, raw choruses - it’s as hard-hitting as it is progressive. Never more so than the outro of ‘Drunk Driver/Killer Whales’ , where a cathartic chorus of ‘It doesn’t have to be like this’ rang out from an uninhibited, captivated crowd.

I’ve heard numerous comparisons - Neutral Milk Hotel, Pavement, Talking Heads, The Walkmen, there were even moments when I heard echoes of Blur and Smashing Pumpkins. You could namecheck 100 bands, but in reality this is a totally unique outfit - a wonderful example of the musical-DIY generation - and next time we see them on these shores there can be no doubt they’ll be one of the first names on indie-lover’s lips.