If I'm The Devil 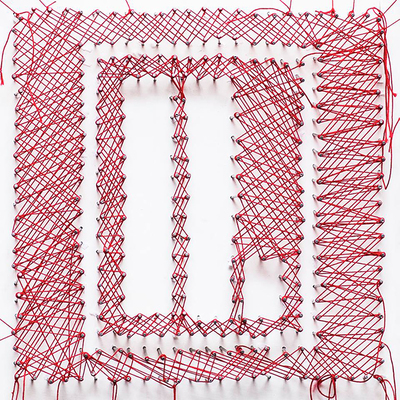 If I'm The Devil

The abundance of modern and veteran artists that currently breed hybrid genre offspring has progressively developed into the new 2016 trend in relation to music, some experimentation receiving more positive feedback than others.

Letlive however, never entered the music scene with anything other than experimentation on their minds and with near enough three years since the release of ‘The Blackest Beautiful’, ‘If I’m The Devil' has proven itself to be the music-fuelled firing line of justly opinionated insurgency against various forms of oppressive and violent subjugation.

The erratic urgency of intense rage riffs and lyrical hellfire is the first noticeable tweak in relation to their back-catalogue, replacing these previously deliberate characteristics of the Californian quartet with a second spoonful of soul punk, groove and a realisation that words are just as powerful and angry as a howl or shriek.

With their reputation balancing evenly between head banging journey essentials and an Ipod importance title since they sprang in around 2002, the new release clocks in at around one hundred minutes of uncontaminated verbose upheaval with a side of Letlive previously unexplored but instead lost in headspace to develop and eventually bring new and vibrant definition to the protest-hard anti-authoritarians.

Bringing the fight back to racial discrimination, other chosen topics for this anarchistic powder keg include the desertion of aid for the globally exploited as well as being heavily identity driven, reminding the public that a title does not justify anyone above justice.

Jason Butler is one singer whose jazz licked and exasperated vocals have remained undeniably recognisable and from the second “I Learned To Love Myself” began its dramatic introduction to the LP, an isolated individuality became viciously rampant through his familiar use of poetic self.

“Good Mourning, America” took an early foothold over the title, interpreting their notable attitude against elected prejudice and chauvinistic authoritarians. Opening on influence from a wrongful arrest experience and a forty five second interpretation of a faceless rally that quickly received sharp and unlawful enforcement, it is difficult to suggest anything else as the main theme.

“Reluctantly Dead”, follows on from Mourning’s message and makes sudden and blatant statements and accusations towards the dilapidating regulation system with lyrics such as “now the law results in death”.

Jagged guitar notes eerily pluck away with blinking chants releasing pulses of harmonised voices before Mr Butler stepped into “If I’m The Devil” to pluck his own chords and collectively take the helm as the three take a temporary step back from vivid verse filling and paced tempo but give no quarter with the beefy chorus hooks.

'If I’m The Devil' was never promised to be a perfect album or one that would come close to reaching the radio replay label, but one thing it does promise is a band who have persistently pulled their middle fingers up to the faces of oppressors from politicians to ignorant street cops. The highly anticipated third edition however, may be some of the most important protest music of 2016.