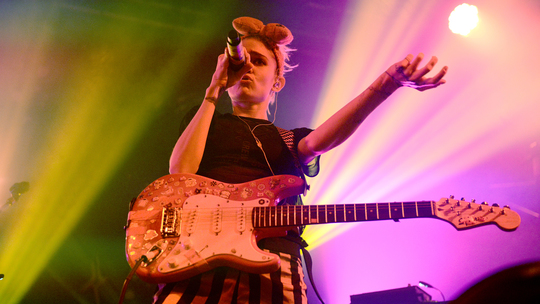 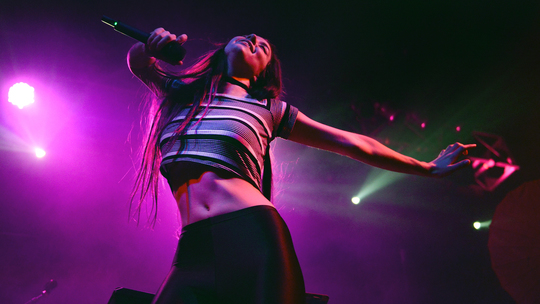 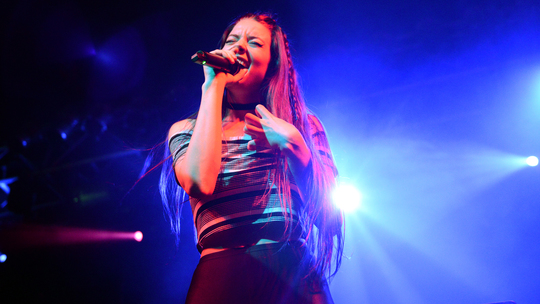 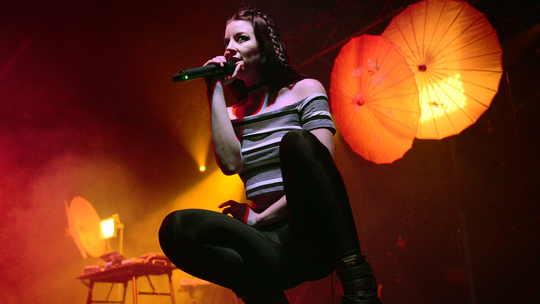 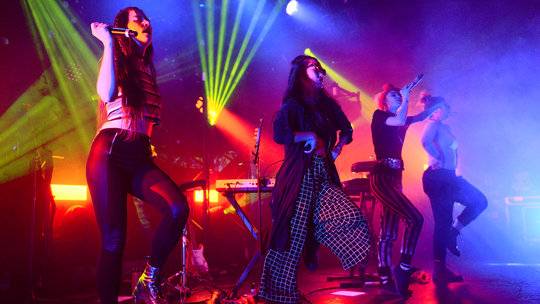 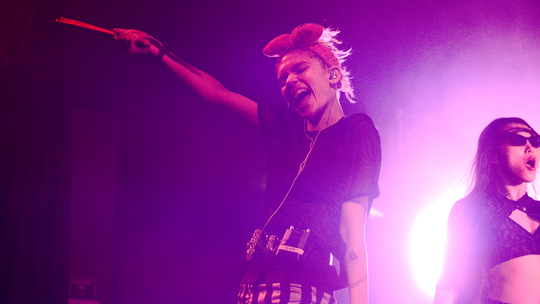 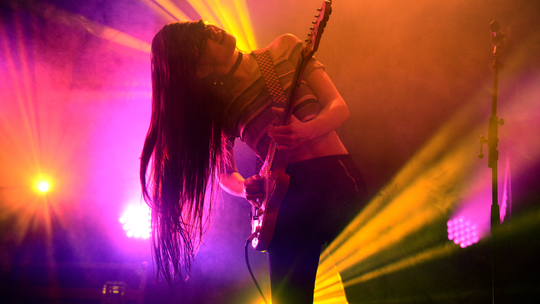 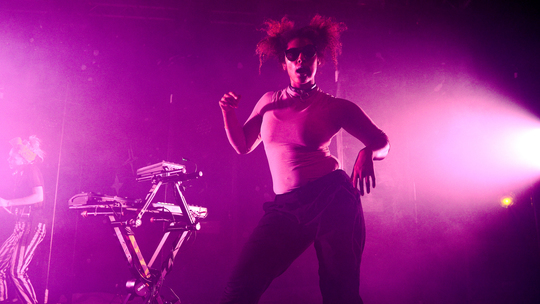 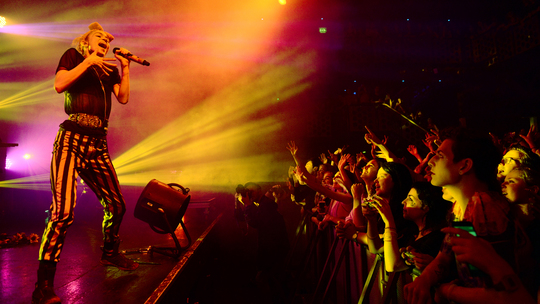 Tenaciously strong and righteously independent girl power had found its way to Bristol as the closing days of June meticulously rolled through.

Finding fame without an identity to your own music is quite an accomplishment but the young opening American, after a decision to change her music style and stage title, is slowly becoming an eminent musician.

The angelic temperament of HANA left the O2 Academy in a world of wonder as she gently reassured the illuminated faces that she is just as compelling as she is talented. Dream pop was the leading theme of the early evening as voices of elation sang out for the Billings-born beauty as she strutted the stage with the confidence of a leading artist, playing her range of signature tracks including “Clay”, “Avalanche” and “Underwater”.

“Chimera” ended her support act, leaving the hairs tingling on the back of every neck to thankfully drop back down from their rigor mortis state of mesmerisation, giving her thanks and waving herself off before she returned with a few friends.

Californian Alyson Van was one of two dance performers and old friends brought back on Claire Boucher’s tour and to say that she took breath away was an understatement. Her sinuous forms of expressive dance to “Laughing And Not Being Normal” imitated the streaming shapes of smoke billowing from the machines before she raised her arms and welcomed on the remainder of the electrifying entourage.

Linda Celine, HANA and the headliner Grimes walked out moving straight into the underground synth vibe of “REALiTi”. Linda and Alyson moved with a creative choreography that continued to impress and included a large range of progressive styles (including deep matrix bends) as HANA and Miss Boucher slapped sample pads, plucked keys, struck guitars and serenaded the bouncing crowd with a smattering of her Madonna stylised singing voice.

The bubbly pint-sized singer is not only famous for her exhilarating electronic and experimental pop but she is also renowned for her eccentric mix of colourful costumes and performance props.

As the set continued, the two lively dancers unveiled black gloves which had emerald lasers fitted to the finger tips, long red ribbons and even dashes of Asian culture were dotted around the Tuesday tableau, including oil paper umbrellas and a sensual Sai blade weapon dance.

Somewhere after the retro techno touch of “Genesis”, Claire addressed the crowd, revealing an incredibly cheerful and infectious personality behind her speckled green eyes. She went on to announce that she was reluctantly ill with comments like “I’m so fucking ill right now” pouring out, in a good mannered attempt to make a light-hearted joke of her poor health.

The support received from her audience however, accumulated the energy she needed to keep her going and put on one hell of a show.

“Scream” soon met the ears of the audience with a teeth chattering shriek that exploded from somewhere within the petite musician as her raven haired com padre rocked the guitar beside her.

A six sense of the evening’s end slowly set in as crowd pleasers “Oblivion” and “World Princess Part 2” had men and women leaping into the smoky air with a sustained effervescence.

It was the final track “Kill v. Maim” however, that insisted on draining the venue of whatever electricity still flowed through its copper veins and whatever inhibition to behave remained within their devoted fans.