Vintage Trouble At The Engine Rooms 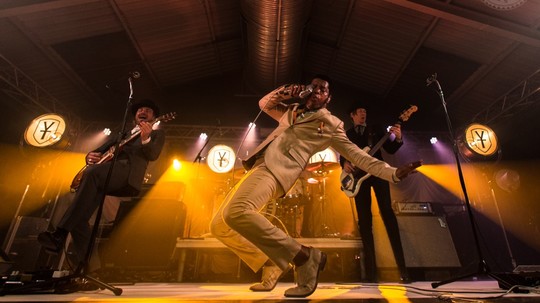 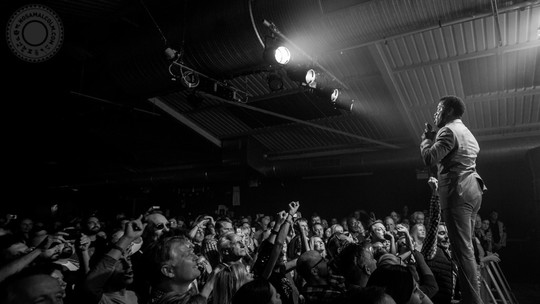 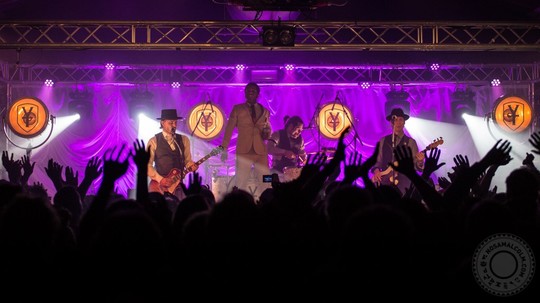 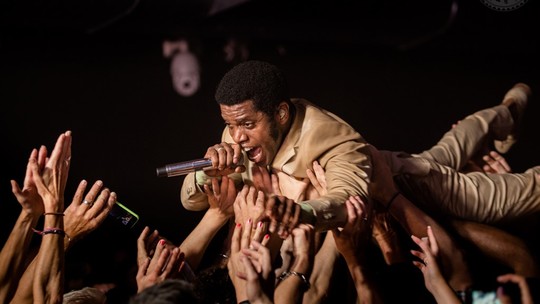 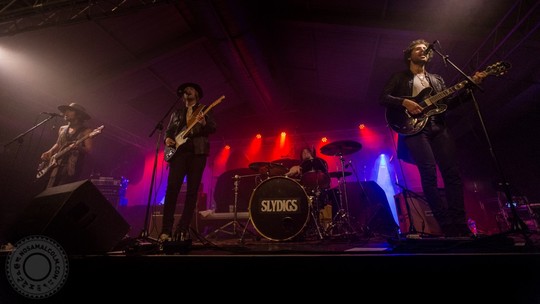 I first discovered Vintage Trouble through some eye-catching photography of their live shows and straight away I was drawn in by lead singer Ty Taylor's presence & stage acrobatics. Over the past couple of years more and more photos were popping up on the internet, from locations all around the planet, seeming to put a firm visual imprint on my soul and not only as a live music photographer. How I would love to shoot this band...

I'm here in my home town, Slydigs from Manchester UK set the tone of the evening with their confident yet humble Brit-rock'n'roll stance, subtle humour and a sound that let you know these guys are serious musicians. Maybe they held back a little, though uncompromising their sound, they held their own and were a very fitting match as support to the main act. They too are gaining a lot of experience touring their own shows and supporting iconic bands like The Who.

Opening with a slightly extended intro/solo, guitarist Nalle Colt lead VT onto the stage and into "Run like the river", one of my personal favourites and a great song to kickoff the show.

As expected VT started the show with very high energy and maintained this throughout. From there VT owned the night, playing a wide selection of their bluesy soul fueled rock n roll, with their serene dips whilst also playing their mellower soulful pieces like the somewhat enchanting "Another man's words". On a couple of occasions Ty asked the crowd to turn and introduce themselves to one another, empowering a sense of a 'Vintage Trouble community', whilst embracing an appreciation of their fans. Added to this Ty took to the crowd as to be expected and more than once, continuing to grace us with his empowering vocals, greeting fans and crowd-surfing back to the stage.

I'm a lover of music, a visual artist and for me VT's energy is a result of them feeling and engaging with their sound, as they do with their audience. "We know a lot of you are here because your friends recommended" and asking "how many of you have been to two VT shows?" and onward. Some fans had seen the band five times.

Trust the fans, their album '1 Hopeful Rd' is great, alongside their other recordings, but their live show is so much more and the Engine Rooms felt like a perfect setting. With a quality sound system, a fairly intimate venue and ale at the bar. Ty Taylor's interaction and the bands high energy performance projects a confidence of who the band are, backed up by a positive vibe and a sense of happiness from all band members. Two bands the music community can be proud of.