How Big, How Blue, How Beautiful… 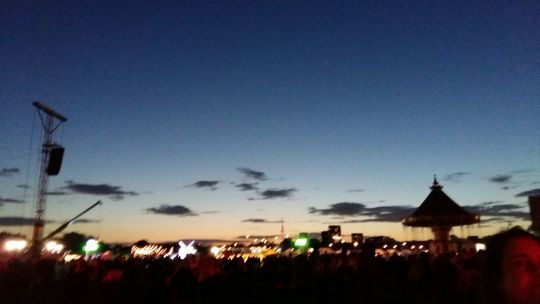 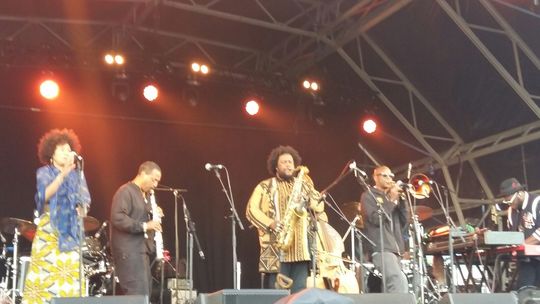 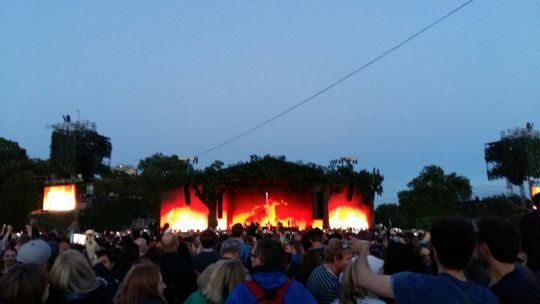 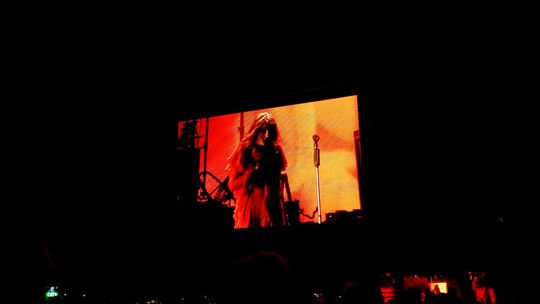 British Summertime is rarely surmised better than grey sky’s with the constant threat of the occasional shower. However British Summertime In Hyde Park is all about the music and tonight we were in for a treat… Florence & The Machine were to take center stage.

The city festival in a day is a proven concept and BST in Hyde Park is no newcomer. With a stellar line-up of stars and probably the best London location to host the extravaganza, expectations were high.

A couple of minor gripes to get out the way, festival organisers please take note. Food and drink… although somewhat secondary to the music, it’s an essential part of the festival experience. The near hour long wait at most food vendor stalls for what was essentially fast food (burgers, pizzas, wings etc) was ridiculous. It would have been easier (and quicker) to have left the festival, gone to Oxford St to a restaurant and then returned.

And for the love of all that’s holy… with ticket costs in mind, please think of the punter when it comes to the prices of the food and drink, especially if you’re prevented from taking your own sustenance in. Astronomically expensive. Grrr.

But to the music…

We arrived just in time for Kendrick Lamar’s set and f*ck me does he know what he’s doing. Aggressive, provocative and commanding, the crowd reacted superbly and although some families who’d brought younger members of their clan for Florence may have had to cover their kids ears for a large part of the set, the rest of the audience were loving every minute. A superb set which highlights why Kendrick has garnered such a dedicated following. I’m listening to his back catalogue as I write.

A recommendation from a friend and a switch of stages to see Kamasi Washington light up London. I’ll be honest, I’m new to Kamasi but will be a long time fan. As the sun tried its’ hardest to peak through the clouds we were treated to what can only be described as one of the most understated funk/jazz masterclasses I have ever been witness to. Divine magic from the keys, the drums, the horns and the vocals. A highlight of the evening was the two drummers having something of a drum off with a level of intensity I’ve never seen live before. If you get the chance, go and see Kamasi, you won’t regret it!!

A (very) quick dash across the park and to the main event, Florence and The Machine. This is the first time I’ve seen Florence live and after hearing so many positive things about her performances I was excited, very excited.

Florence is the epitome of what I would describe as the perfect music artist. Delicate yet powerful, intriguing yet simple, calming yet energetic. Her appreciation of her art and her undying love for her fans is present throughout her set. Constant engagement through talking about her highs and lows, her songs perfectly punctuating her message of passion and love. The set would have been ideal for 30 as it was for 65,000.

As the sun goes down Florence covers every inch of the stage and the crowd revels as hit after hit is performed with unbridled vigor, as if it was to be the last performance she was ever going to give. The stage lights illuminate the park and the crowd goes wild as “You’ve Got The Love” and “Dog Days Are over” close the set. After a couple of minutes and a chorus of “one more song” reverberating from every corner of the crowd, Florence re-emerges for “The Drumming Song” and “What Kind Of Man” to finish what’s been an incredible evening.

The British summertime weather was as unpredictable as always, the festival however, a masterclass in execution.