We've Still Got A Friend In Carole 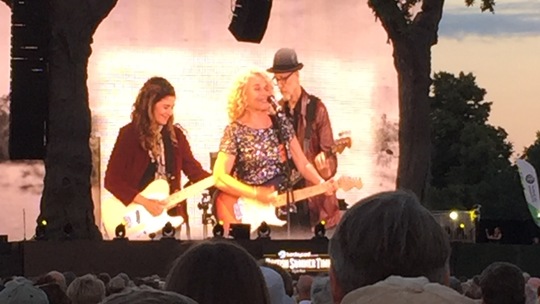 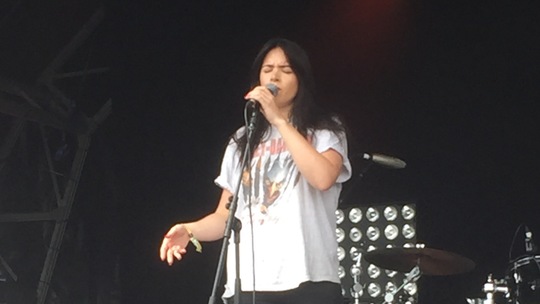 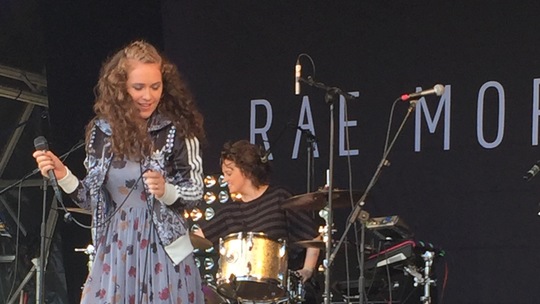 Every summer, the Hyde Park British Summertime festival boasts a great line-up, but this year, they've simply outdone themselves more than ever... Carole King performing her 1971 record 'Tapestry' in full, for the first time. Now if you knew anything about Carole, you knew this was her first show in London since 1989, so we were not surprised to be sharing our field space with over 60,000 others.

But before we get to Carole, we checked out Clare Maguire on the Barclaycard Stage, whose current record 'Stranger Things Have Happened' has more of a bluesy vibe and with her gorgeous deep vocals, tracks like "Elizabeth Taylor" and "Spaceman" sound ready for a movie soundtrack. We must also make a special acknowledgement to the tragically beautiful "Falling Leaves". This gave us the indication that the day was going to consist of heartache and tears.

And once we saw some of the drinks prices, the heartache and tears continued!

The next act on our radar was the wonderfully talented Rae Morris, whose set bounced along like an upbeat Kate Bush. She was excited about Carole's set and told an antidote of a silly email she sent basically begging to open for her, which was pretty cute and it worked.

And then suddenly it was 8.15pm and we were struggling our way through the crowds, looking for a best spot to perch and watch, awaiting the return of Carole King and she did not disappoint. She performed every single track from 'Tapestry' as promised, with highlights being crowd favourites "You've Got A Friend" (repeated as an encore also), "Will You Still Love Me Tomorrow?" (duet with her daughter), "Tapestry" and "So Far Away".

She brought the cast off her West End bio 'Beautiful' on for a closing performance of "I Feel The Earth Move" and the whole thing felt like a stitch being woven through history and throughout the entire concert, we were crying our eyes out... and if performing the entire "Tapestry' set wasn't enough, she even gave us a medley of tracks that she wrote for others (including "The Locomotion" that had everyone and their mother dancing and attempting the dance).

When the show came to an end, you could feel how overwhelmed she had been by the response and delivered an impromptu performance of "You've Got A Friend", changing the lyrics to say: "Thank you for welcoming my friends and family. I love you, London Town." and everyone left the event with love in their hearts, tears in their eyes (and in some cases, alcohol in their system).