<p>Built for inquisitive, intrepid adults. By day, Wildfire is a bustling adventure camp full of expeditions,... 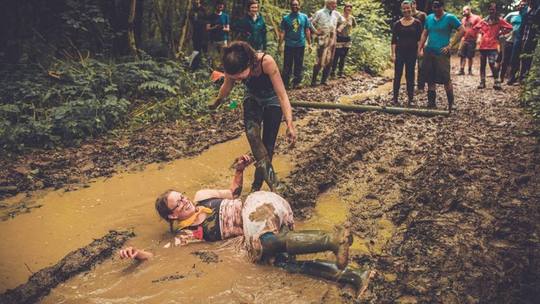 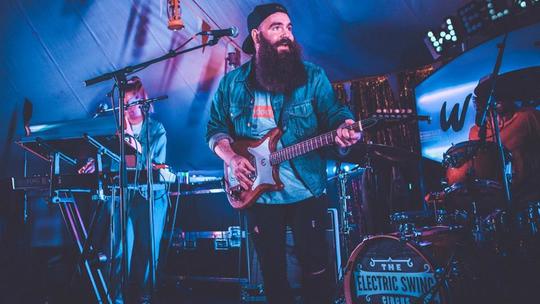 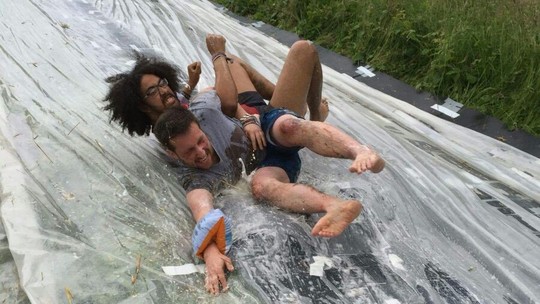 In a cold wet May spent trying to plan yet another festival Summer and looking for something, anything, that strays from the path, its surprisingly difficult to ignore words like ‘adventure’, ‘extreme’, and ‘curiosity’. Low and behold, Camp Wildfire presents itself as exactly this – an 18+ adventure camp & festival for ‘only the curious’.

The concept is simple: switch off for the weekend, immerse yourself in the 80+ activities by day, and enjoy ‘wild parties’ – including secret live bands – by night. In an industry where everything is the same and the same bands headline every year (how many times have Metallica headlined UK festivals?), the Wildfire Adventure Camp is a welcome breath of fresh air…but is it truly all that it’s cracked up to be?

Jump ahead to June 18th and the story of our Friday arrival is nothing short of a tragic nightmare. After travelling just over 600 miles between us, via plane, trains, tubes, buses and taxis, we arrived at the ‘secret Kent location’ and saw nothing but mud. It was at this point that we recognised that we really couldn’t have been less prepared. This became even clearer as we took our first step through the festival gates and our shoes were almost swallowed by the swamp.

Upon seeing everyone and their auntie trod into the site with crates upon crates of Fosters and Carlsberg, we notice we forgot the booze…then we realise that we have no water or food, as we watch the happy campers cook up various mixtures of sausages, baked beans and super noodles.

However, the cherry atop this cake of ironic hilarity was that I (“Mr. I Go To 10 Festivals Every Year”) had somehow packed a tent without any poles or pegs in sight. Looking at each other with smiles on our faces and tears in our eyes, we simultaneously felt the first drop of rain on our nose, and quickly collapsed, unable to contain the laughter at how hard I’d screwed us. They say assumption is the mother of all fuck ups, and indeed, in hindsight, it was incredibly short-sighted to assume that I’d actually had the patience to pack up properly after Reading Festival 2015.

Alas, we remained surprisingly positive, fuelled by our mutual desire to throw axes the next day, as we mentally prepare to use the ‘tent’ as our blanket for the weekend. 7 minutes later we get hungry and – yep, you guessed it – neither of us have cash, and with the festival being located in the middle of nowhere (seriously), it’s not looking good.

Perhaps unfairly, the first chap we told our tragic story to happened to be the only man in Britain who brought 4 spare tents to the festival in his ‘van of useless crap’. Before we knew it, we’re in an even bigger tent (still using mine as a blanket) and we’d hitched a ride into town, got cash, got water, got food, got beer – got spectacularly lucky.

With everything falling into place, we got a spectacular night’s sleep, eager to dive headfirst into activities just 10 hours later. With over 80 to choose from, there really is something for everyone; from archery and shooting to knitting and mask making; treasure hunts and escape rooms to fire-lighting and bird-calling; whip cracking and first aid to nude board games and bingo…your biggest problem will be trying to decide which 10 are the most important to you!

All festival-goers are split into 4 different ‘patrols’ upon arrival – Hawk, Fox, Squirrel or Badger – with merit badges / points awarded for displays of excellence (or in my case, “overwhelming enthusiasm despite lack of technique”)…kinda like a weekend at Hogwarts, where you really don’t want to be stuck as a Hawk. Whilst the concept seems ridiculous to write about, in practice it did its job in keeping everyone motivated to try their hardest and get the most out of each activity.

We chose to do mostly ‘physical’ activities, including axe throwing, assault course, escape and evasion, capture the flag and waterslides. As exhausting as they all were, they were all excellent and thoroughly enjoyed by everyone involved. Our personal favourite (so much so that we did it twice!) was Escape & Evasion, which is essentially a fancy name for adult hide and seek. You’ve got a 2000 square metre wooded area in which you’ve got 3 minutes to hide and 10 minutes to seek. There are no rules beyond this, therefore the whole game involved diving into patches of nettles, digging holes and falling out of trees, leaving everyone with cuts, bruises, scars and fantastic memories.

But of course, let’s not forget the live music. The festival managed to secure some solid up and coming artists to perform into the night, including The Tin Pigeons, Keston Cobblers Club, Miamigo, Electric Swing Circus and much, much more. Clean Cut Kid, looking are definitely the standout. The Liverpudlians display a superb amount of energy and command an astounding amount of respect from a crowd that are a little worse for wear.

If you haven’t heard of Clean Cut Kid yet, you will soon, and their performance at Wildfire shows exactly why. The bands are kept secret until you’re actually on-site, so no-one has time to listen to the songs or otherwise prepare for the bands they’re going to come across, and yet by the end of their set, the packed out tent were singing along like they’d been with the band from day one.

Guitar-fuelled indie tracks resonate throughout the tent led by the super-passionate husband-wife duo of Mike and Evelyn Halls. With the pair’s beautiful harmonies and a mesmerising rhythm section atop a layer of synths, Clean Cut Kid have been causing storms with each release, including “Pick Me Up” and “Runaway”, as well as breakout track and Wildfire favourite “Vitamin C”.

The term ‘can’t judge a book by its cover’ comes to mind when watching Mike Halls when he’s in his zone. The man is a bear on the outside, featuring one of the biggest beards I’ve seen in my life, yet has a surprising vocal range, but more importantly, the way he spoke about each of his songs was so real and heartfelt; his connection with a crowd that doesn’t know his band was one of the most intimate things I’ve ever been part of, and to experience that during my first Camp Wildfire is truly special and testament to why Clean Cut Kid are rising so quickly.

The wide array of activities and inspired live acts are the ingredients for a wonderful first Wildfire, but it’s still a brand new festival and does come with its shortcomings; make no mistake. The striking under preparedness for wet weather could not have been more clear; the long, main path to and from the campsite was like an extreme ‘mud skating’ sport within itself, the patrol system was managed somewhat poorly (let’s use a sorting hat next year?), and there was ultimately very little structure. The online activity booking system was so shambolic and received so many complaints that it was scrapped in the days before the festival, meaning everyone had to queue on Saturday morning to choose their activities for the weekend, and there were of course only 2 ladies at the top of this queue booking the activities, meaning there were delays, schedules were thrown off, people were left frustrated and confused, and there was a large amount of disarray.

Most notable was that the trainers (those volunteers leading the activities) were massively uninformed to what were often last minute changes to activity locations and meeting points, meaning that literally no-one was ever sure what was going on, but the upside to this poor communication was that lists and capacities were rarely adhered to and everyone got to do what they wanted, even if they hadn’t signed up.

However, these are of course easy things to deal with and there’s no doubt in my mind that communication between all staff/volunteers/organisers will be significantly better next year, as will the activity booking system. This, combined with enough wishes for decent weather and some way of telling the festival what kind of music you like ahead of the event itself, will allow Camp Wildfire to quickly become one of the UK’s favourite festivals. Everyone I spoke to this year was very satisfied despite the difficulties; so it really can only get better from here.

See you next year Wildfire!