A Dungeon You Won’t Want To Escape From 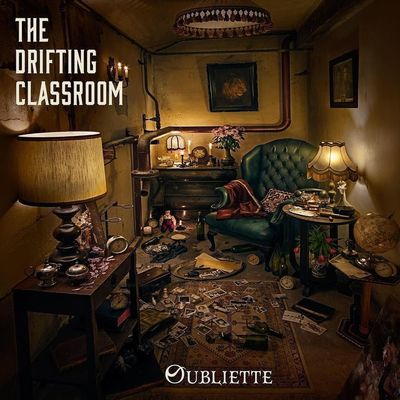 The Drifting Classroom are a group from Liverpool and their new album 'Oubliette' is drenched in the guitar and harmonies of that city.

‘Red and Gold’ is a really upbeat opener with elements of The Las in its laconic lyrics and crunching bass. ‘Strange Love’ introduces the blues into the mix but it is carried along by its catchy chorus in a song that makes use of clever harmonies.

‘Grasses Charred’ sounds like a Liverpudlian version of Declaration era The Alarm and is definitely one of my favourite songs on the album. The delicate guitar work that opens ‘Perfect Mirror’ reminds me of Roy Harper but it quickly develops in to a summery song reminiscent of the 90's group The Boo Radleys.

‘Madness’ is another favourite of mine that is clearly influenced by the group name-checked in the song’s title with elements of The Cure thrown in for good measure. As you listen to each track the impression is of a group confident in their writing and musicianship who are happy to acknowledge their musical influences without being weighed down with them, and ‘Come Into My World’ is perhaps the best example of this with half heard snatches of other groups being subsumed by The Drifting Classroom’s own vision.

‘Hey You’ has a shouted refrain that would really carry an audience along in a live show and the piano solo on this track is great. ‘Jane’ sounds like ‘Ruby’ by The Kaiser Chiefs played by ‘Sgt. Peppers’ era Beatles and is a gorgeous love song.

‘Doo What’ is a 50's style pastiche that is clever and playful with some fantastic harmonies. ‘Japanese Film’, an instrumental, is a lovely track that brings an incredibly strong debut album to an end.

One of the joys of reviewing debut albums is getting a hint of what might come next and in the case of The Drifting Classroom what comes next could well be fantastic. One of the frustrations is hearing albums like this and knowing that it will probably remain an obscure pleasure shared by a few afficianados. I just hope that they get the wider audience their work deserves.