DeLorean Are Not Back To The Future... They Are The Future! 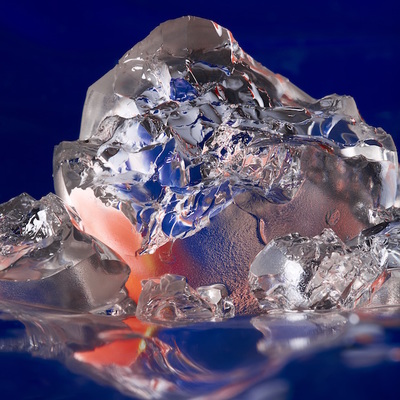 When you hear the name DeLorean I am sure that many of you think of Back To The Future or the failure of a futuristic car company set up by John DeLorean to produce those classic and iconic gull-wing cars in the 80s. However if you like your dance music delivered a little chilled then you will immediately think of Spanish dance outfit DeLorean. Originating from the Basque country this merry band of electronic dance techno chill boffins are technically named after the time machine in the Back To The Future films, but seeing as that was the DeLorean DMC-12 then you could argue that they are indeed named after the car!

I am somewhat disappointed that I had never heard of them until now given that they have been producing an album roughly every two years since 2004. If you like Air from France or Australia’s the Avalanches or the UK’s own Lemon Jelly then I reckon you will love DeLorean. Their new album, ‘Muzik’ properly showcases their dreamy electronica and soft vocal harmony sounds.

The album starts with a slow build in “Epic” which I can imagine listening to on a Balearic beach as the sun is rising after a heavy night of ecstatic tripping and dancing.

By the time you get to the mid-point of the wonderfully sweeping and anthemic “Contra” you will begin to enter a euphoric state of bliss and higher consciousness. This is followed by the beat-tastic “Both”, now this really lends itself to be remixed by someone with proper remix credentials. Maybe proper old skool like Paul Oakenfold rather than someone with a contrived modern sound like David Guetta.

“Parrhesia” has an almost Arabic feel in the multi tracked backing vocals. In fact I felt this sounded like a place name, but it’s not. The definition of parrhesia is ‘to speak candidly or to ask forgiveness for so speaking’ which I believe in my simple minds view means free speech. Of all the songs on the album this is the one that I would use my own freedom of expression whilst dancing like no one is watching. But to be fair there are a few more tracks that I would do the same to, especially the magical and wonderfully soundscaped title track, “Muzik”.

The three original band members Igor Escudero, Unai Lazcano and Ekhi Lopetegi came together in the early 2000's through a shared love of everything from punk rock to electronica via their local music scene in Zarautz, Spain. Guillermo Astrain joined in 2007. I would love to hear them record an album using guest vocalists from other genres, along the lines of Daft Punk using Pharrell Williams among many others. I would suggest maybe Shirley Manson, Dave Gahan, Neil Tennant, and Ed Sheeran and maybe even Boy George.

I will definitely be listening to this album a lot more and I hope that you seek it out yourselves. If you can listen to ‘Muzik’ and not be smiling or feeling happy at the end of it then I suggest that there may be something wrong with you!