From Sorrow To Serenity Bring More Than Just Metal 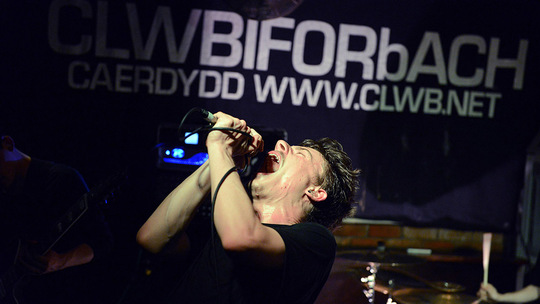 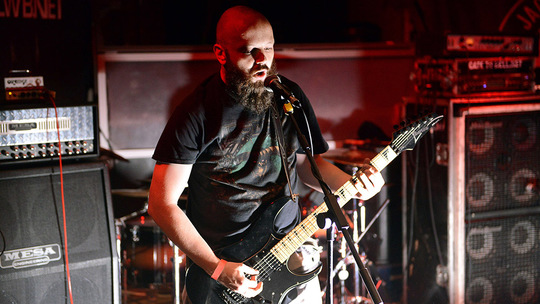 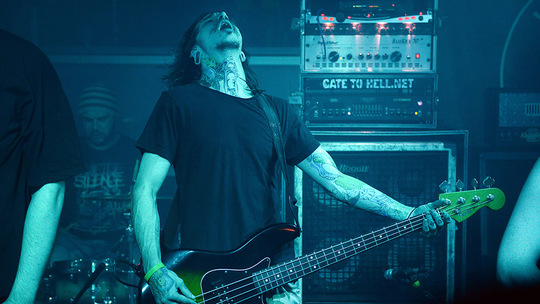 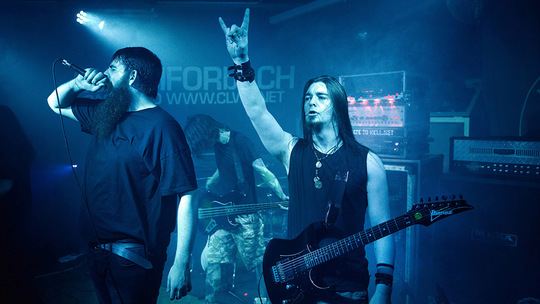 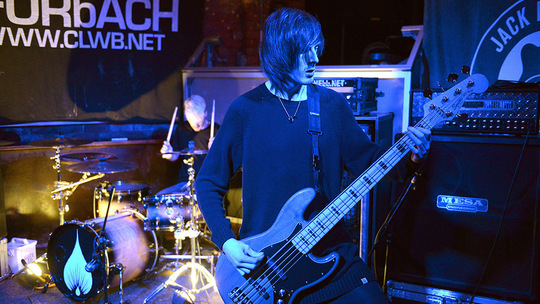 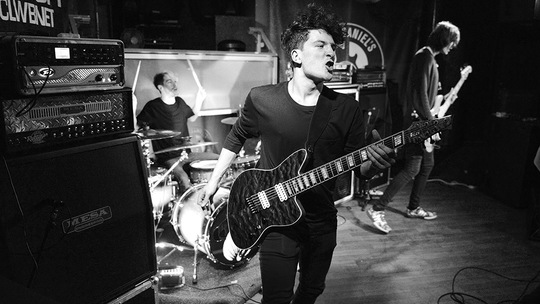 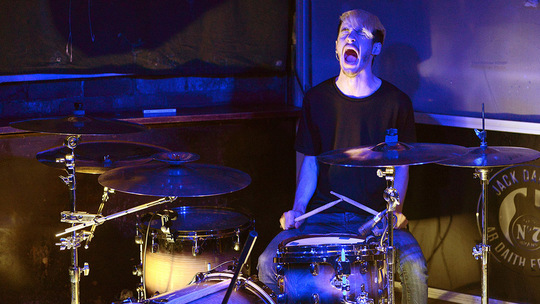 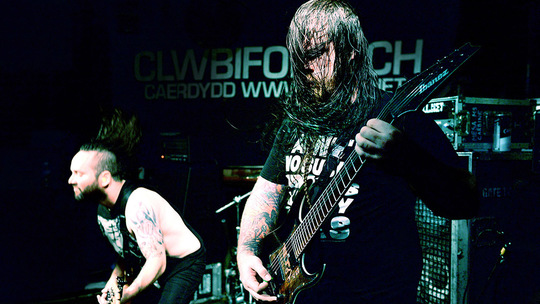 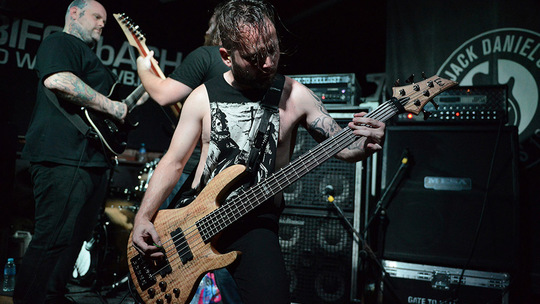 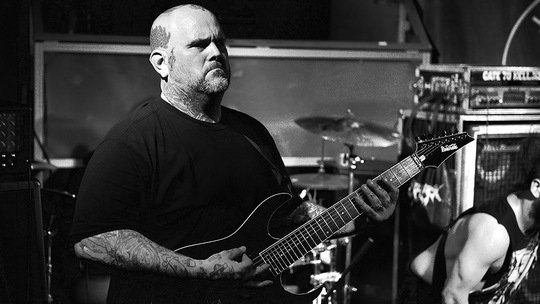 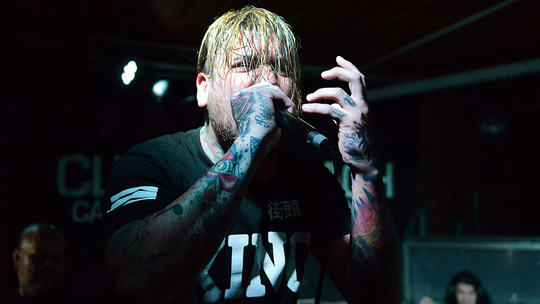 Straight out of the Welsh valleys, Sodomized Cadaver were first to open Clwb Ifor Bach with a devilish scream that led into a score of vicious death metal.

As front man Raymond Packer’s eyes continuously rolled into the back of his head, the majority of the small crowd seemed to adapt a similar appearance but not through blast beat ecstasy but instead from a sluggish inertia of music, Intent on raising Beelzebub, which struggled to raise pulses to anything more than a half-hearted applause.

The Dweller are another act that call South Wales their home but this deathcore five-piece had brought their monstrous sound along to the Welsh capital, proving itself superior as it gradually gripped the audience’s attention.

Skitty had intensity chained to his performance as he continually threw his fists out into the air while regurgitating high-pitched filth, magnified exponentially by new guitarist Curt’s solo work and bassist Mike’s lively contribution of frequent spectator wake-up calls.

Most regular gig-goers have an expectation of bands progressively setting the bar higher after each set but when From Sorrow To Serenity acknowledged the bar, they carefully took it down from its supports and snapped it clean in half.

With politics being a currently risky subject to discuss openly in front of a British congregation that could reveal very mixed views, it is undeniable that some artists would keep their agenda to themselves.

It was transparent however, that this Scottish group had no intention of discussing their views but simply enforcing them instead and making the venue fully aware of how they feel about certain parties.

Mr King’s collection of blunt comments including “Fuck the Tories and fuck UKIP” spoke about the unwavering loyalty the four musicians had against the right wing government which may throw some fans in the opposite direction but will likely not faze a band so passionate about their life choices.

“Illusive” and “Hellbound” were two colossal tracks played throughout their set from ‘Remnant Of Humanity’ that came with the identical ferocity and technical execution of the album recordings.

The warm tungsten lights nestled underneath Ian Baird’s drum set caressed the kit as his bleach blonde hair flew back and forth from the tremors of his hard hits, sending Andrew Simpson and Steven Jones into a frenzy of plank splitting stomps and meticulous string mistreatment.

Fit for an autopsy’s Joe Badolato also had a few words to share on the political topic of Donald Trump’s current run for presidency and how he should prioritise getting the country out of debt before wasting time on erecting a Berlin-esque wall. The popularity of the “successful” business tycoon was made blatantly apparent as no words of disagreement were uttered.

More music-influenced remarks were also made including “If you don’t break a string, you’re not playing hard enough” and “Doesn’t matter how many people you play to” which was lucky considering the capacity of Clwb appeared anorexic compared to the amount they should have drawn.

The musical beatdowns of “Absolute Hope Absolute Hell” (track and album content alike) proved to be venomously aggressive, crushing and downright unruly until the last closing seconds of their scorching set.

The serious lack of attendees was unavoidably noted but the few that did make an effort to come down to the show experienced an evening that likely sent tremors straight through into the Revolution club next door and forced their hands into a devil horn position for the remainder of the night.