Sunfall is a day long festival which takes place in London every year.

I Know There’s Gonna Be Good Times At Sunfall 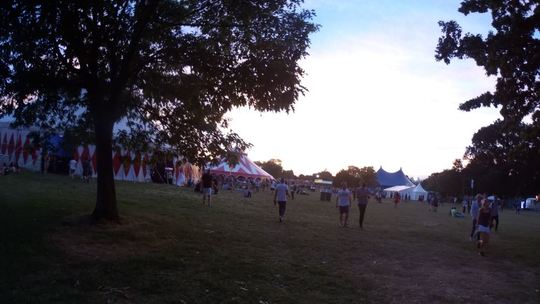 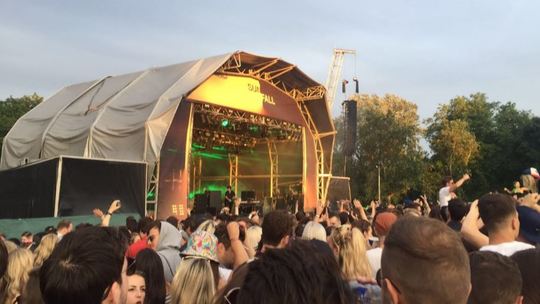 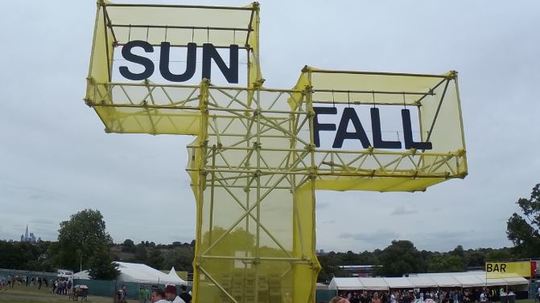 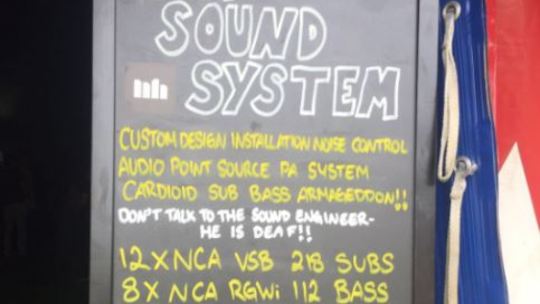 Organised by the team behind XOYO, The Nest, Phonox, Dimensions and Outlook Festival, the line-up was an eclectic mix of house, hip-hop, disco, dnb and techno. In its first year there was always going to be the added pressure for it to be a success… but was it?

The festival certainly had its first year logistical teething problems. It took 40-60 mins to wait for one of the handful of loos and bars ran out of beers and mixers. This is something the organisers really have to think about if they are to host the festival for years to come. The periods of waiting in queues really brought a downward ebb to the atmosphere and vibe… no one wants to be missing their favourite act as they need to go!

For a festival in London, it was pleasantly small in Brockwell Park. I don’t remember the last time I was in such a small festival in London with the 4 stages in such close proximity. There were many clashes to the schedule, but with the tents being only 2 minutes away from each other and their sets 1-1.5 hours, we were able to catch parts of anyone who had clashed. Although soundproofed to an extent, it was confusing whether some beats were coming from the main stage or the tents next door.

The North Stage had an impressive line-up, and it definitely drew in the crowds. Fatima Yamaha proved that he isn’t just a one hit wonder with ‘What’s a Girl to Do’ (but maybe two hits with ‘Half Moon Rising’). Joy Orbison and Job Jose were ones to look forward to, although disappointing as the set kept a consistent 4x4, with conga lines of sweaty lost looking groups pushing the crowd in an attempt to find their lost friends (who were probably waiting in the 40 min loo queue). All in all, the intense sauna-like atmosphere and muffled sounds did not make the tent one of my favourites.

The South Stage was home to the dnb acts and was filled with the best good time energy and buzz. Heavy weights such as DMZ’s Mala and Coki as well as Goldie and Bridge showed us why they have been in the game for years and years. The West Stage by far had the most impressive sound-system. The organisers had meticulously boasted descriptions of their speakers and whoever played on that stage would give the crowd goosebumps and gave the sense that you were in a superclub at 4am, not a leafy park in a village-like part of South London in the afternoon. Despite stumbling in to the West Stage, I was glad to have visited when I did as Donato Dozzy, Ryan Elliot and Mind Against’s sets were all massive enough to fulfill the sound-system. Those booked on this stage got a sweet deal, as it sounded great.

I’m not sure if it was carefully planned but the Main Stage of Sunfall was positioned perfectly to catch the best of the sun… despite it being cloudy all day. Moodymann played a diverse set, but the best bits were in the comfort of his own Detroit techno, which I was surprised didn’t whip up the crowd given the heritage and massive influence of his classic sound. An all-round entertainer, his entourage that accompanied him on stage (especially the designated fanner) reinforced his legendary status.

After hearing all day from the crowd that they ‘came here to see Jamie xx’, he was given the extra pressure to perform his headline set on the main stage. The bass rumbled when he opened with ‘Gosh’ (which he then decided to play again about an hour later), snippets of audio proclaiming the streets of Brixton were apt and brought a local feel to the show. Jamie got the crowd going with his own tracks, such as the xx’s remix to ‘You Got The Love’ and Gil Scott-Heron’s ‘New York is Killing Me’. He also dropped John Talabot’s remix of Jamie’s ‘Loud Places’ as the sun was setting and the sky turned a perfect pink hue. In that very moment this epitomised the real ‘Sunfall’. However, the crowd felt a bit underwhelmed as they felt they weren’t getting what they were expecting (i.e. the original version of ‘Loud Places’), after all, they had been waiting all day.

Despite the festival goers looking disappointed that they weren’t just listening to Jamie xx tracks and it being the ‘Jamie Show’, Jamie played a respectful homage to those that have influenced him, his musical peers and heroes, spanning from Afro- beat (Innervision’s version of Dele Sosimi Afrobeat Orchestra’s ‘Too Much Information’), to UKG (Roy Davis Jr’s ‘Gabriel’) to dubstep (DMZ’s ‘Anti- War Dub‘ to techno (Oxia’s ‘Domino’). It was a shame that most people in the crowd failed to notice his careful selections and musical storytelling and were too busy taking selfies instead. Top brownie points also goes to Jamie for mixing with vinyl (even if at some times it was a bit off).

All in all the organisers had appropriately named the festival, with the sun fall turning the London skyline into a picturesque blue and pink sunset, festival goers had the option to party the night away at one of the after parties dotted around South London. I’m not sure how the majority of the crowd felt, but we had a fun time, danced along to a vast array of acts and had smiles beaming from one end to the other. Sunfall, we will definitely be seeing you next year (that’s if you didn’t get too many neighbour noise complaints and you sort the loos out).