A Wonder To Behold – Stevie Wonder At BST Hyde Park 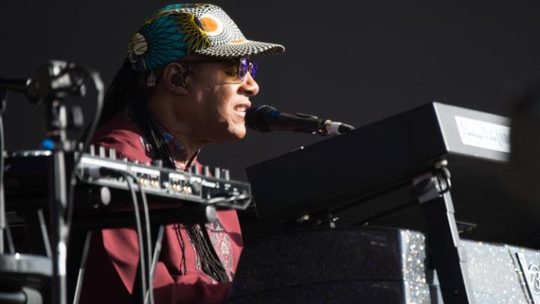 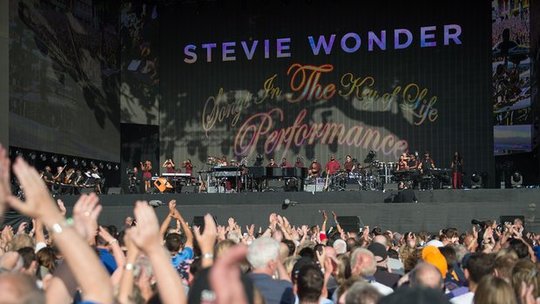 I think we can all agree, 2016 has been brutal. So when the opportunity came up to see Stevie Wonder, an actual legend and inspiration to so many of my favourite artists practically on my doorstep, I jumped at the chance.

BST pulled quite a coup getting the daddy of R&B to share a stage with pop's Midas, Pharrell. Charlie Wilson was promised, but due to Stevie’s early 18.15 start and with things running inevitably late, he was dropped.

Also on the line-up was Corrine Bailey Rae. Remember her? She was telling girls to put their records on, but unfortunately for her set, it felt like the needle got stuck. Her sickly sweet vocals, tinkling melodies and twee lyrics faded into the background of an exuberant and expectant crowd.

It wasn’t until Pharrell came on with his troupe of dancers and signature hat (does he sleep in a hat?), that the crowd got to their feet. With huge, insanity-inducing earworm hits like ‘Get Lucky’ and ‘Blurred Lines’, it’s easy to forget that Pharrell was once edgier. As he started pelting out forgotten gems like ‘Frontin’, swiftly leading onto a medley of NERD and Neptunes-produced ‘Drop It Like It’s Hot’, featuring Snoop – although his Doggness didn’t grace us with his presence – I remembered how brilliant Pharrell was before he was lured into the world of money-hungry, mainstream pop.

His brand of funky hip-hop was the perfect warm up for the main act, Stevie Wonder. He was performing his seminal album, ‘Songs in The Key of Life’. Any music lover will tell you, this is a must-listen album, it’s on every best album list and hailed by the great and good of the music industry.

Released in 1976, this highly politicised album is as fresh as ever, especially off the back of the recent horrors in Dallas and the Black Lives Matter protests. This must have been playing on Wonder’s mind, as he tells the crowd that everyone has black in them and echoing Nelson Mandela’s sentiments about choosing love over hate.

The 60 year old belted out a smooth four-hour set. His silky vocals are timeless and the tunes like Sir Duke and As sounded as contemporary today as they did when they were released. His energy never failed; even when the set started flagging with overwrought jazzy interludes that seemed to last forever.

Wonder’s career has been varied, he’s produced astonishing tracks like ‘Superstition’, ‘Signed Sealed And Delivered’ and ‘Uptight’, which epitomise soul, funk and Motown. Then going into his musically dark period of ‘I Just Called To Say’ – sadly his biggest hit to date – and with a blip of ‘Isn’t She Lovely’ on his greatest album, he’s also been known to produce some stinkers. However, his talent is unrivaled and abundant.

I feel privileged to have seen a man who has been making music since he was child. An artist who has inspired generations. A musician who expresses himself using an array of instruments. A hero who didn’t let his limitations stop him. And a human who chooses love.