Farr Festival is an electronic music festival held within an uninhabited forest in Hertfordshire, England. From...

A Festival Farr Farr Away 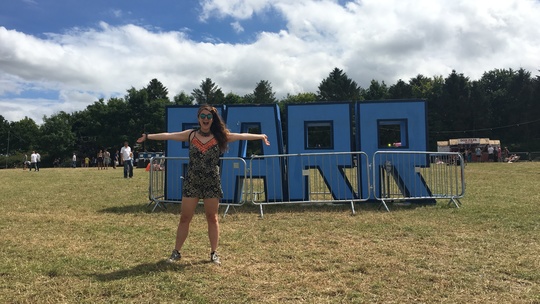 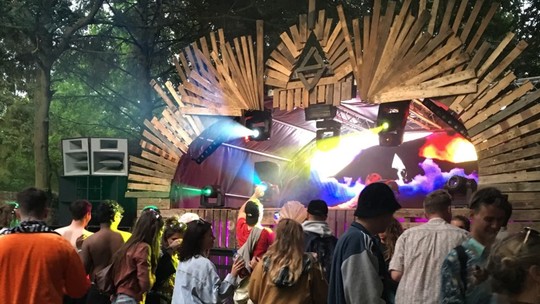 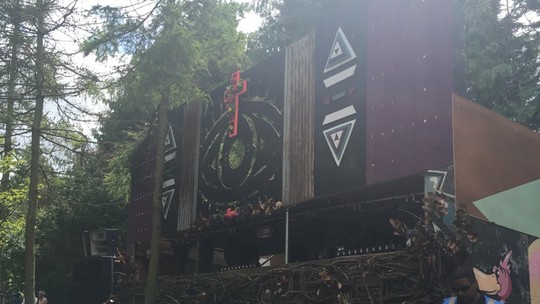 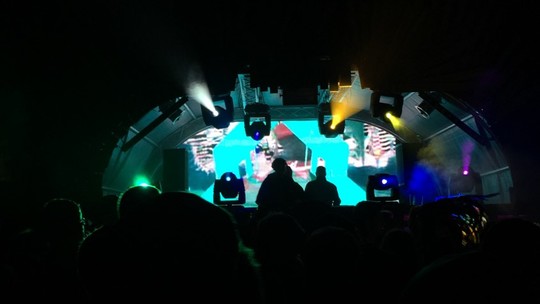 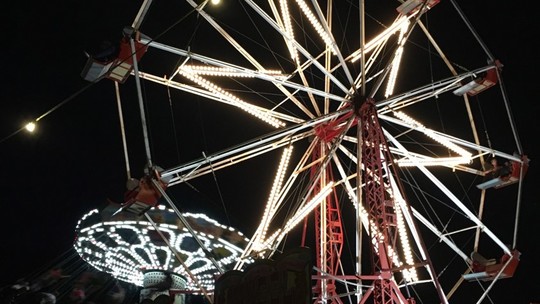 Despite being only a short hour-and-a-bit drive from London, Farr Festival really does feel farr farr away.

Set in the beautiful Bygrave Woods, the festival site itself is basic and easily navigable: the bark-bedecked woodland area, the open-air grassy area, and the one campsite past some golden corn-lined fields, not very farr away.

The site, set against the rolling Hertfordshire hills, had a real intimate and boutique feel. The festival itself has links to East London’s dance and techno scene (think X X and other niche labels) but despite all the potential for snooty “hispter-esque” pretension, the festival really did feel friendly and welcoming. And this inclusive vibe is definitely down to the festival’s size. Forget the relentless fields and never-ending toilet queues at Glastonbury; with no more that 5,000 people on site at once, getting a beer in your hand or a comfort break was never farr away.

We rocked up Friday evening, slightly concerned by the drizzling rain. But by the time we’d jumped out the car and collected our wristbands the skies had expelled the last raindrops for the whole weekend. The tent was up in approximately 20 minutes (with no long trek to the campsite needed) and a beer was in-hand within an hour of driving through the gates.

Wandering to the arena, we noticed some novelties along the way: a man-made secret path stretching farr through the cornfields, a lone red piano and a soon-to-be-defaced sign saying “back to the woods” (which would soon be changed to “smack the doob” by some very creative anagramists!).

The main event of the Friday night was the b2b Midland, Ben UFO and Joy Orbison at The Terrace. The crowd was huge but we wandered around to the other stages, discovering gems like The Shack (a crater-like area in the ground complete with strung up washing lines); The Raj Mahal (glitzy gold Indian-chic) and Adventures in Success (all about the neon LED flashing lights). Turn to any farr corner and you discover a new stage, an interesting feature, or even a chilled glade with hammocks and beanbags!

The Saturday begun with a beautiful sunrise over the Farr site; one of those mornings where you need to exit the tent as soon as humanly possible to avoid overheating. The arena in the day was full of people chilling in the sun or beginning to get back at play. We had a good explore of all the woods stages, now very clear and free to move around through the day.

The best discovery of the Saturday was the Hidden Palace which, as the name suggests, was hidden not too farr away down a concealed path. The entrance and feel of the Hidden Palace was that of a better thought out, more secluded and definitely less muddy version of the Shangrila area of Glastonbury this year. We had a boogie there and enjoyed the rays of sunlight beaming through the trees.

Moving back through the Hidden Palace, we re-entered the main site and jammed to some intriguingly fitting acid house from Telford at The Shack. We then wandered to The Terrace and reached the pinnacle of our warm up lap. Listening to the sounds of Guss Emmet in the beautiful Saturday sunshine, we went straight into the dance floor; it had some great people watching opportunities, as the people in turn gawked at us dancing. But, despite the gawking people not too farr away, they never seemed anything other than friendly and part of the scene.

Next up was food time. We came across a definite highlight of the festival... we ordered the crab with chips and they definitely delivered; succulent, spicy, fresh crab and crispy chips that were the perfect accompaniment to the first pint of the day. We then journeyed (although not too farr) over to Locked Inn and experienced some classic disco tunes that compelled us to request 'All night long' from the Locked in Resodent DJs.

After a quick wander back to camp and a speedy costume change, we headed out for the evening. Heading back to the Hidden Palace stage, we caught Giles Peterson who drew a sizable crowd. His set really got the crowd moving with some upbeat and positive tunes (including Loverbirds - I Want You In My Soul) especially when set against the Aztec-like stage.
Ben Pearce, on at the Raj Mahal, equally blended well into his surroundings. It felt like being part of an intimate after-party in a living room instead of at a public festival; the crowd was not even farr away from the stage.

The Adventures in Success stage saw Paranoid London, aka Gerardo Delgado and Quinn Whalley, play some classic acid house tunes complete with vivid neon lasers in the background and an equally pumped crowd. We then rounded the night off with John Talabot, on at The Shack, who played until the bitter end (or at least until the organisers told him enough was enough).

So if you fancy an intimate and friendly festival, but with all the hedonism of a crazy East London night out, then get yourself to the (really not very farr away at all) Farr Festival.