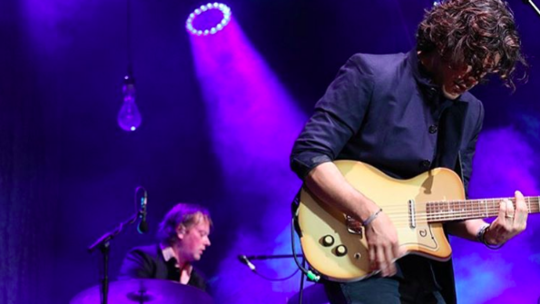 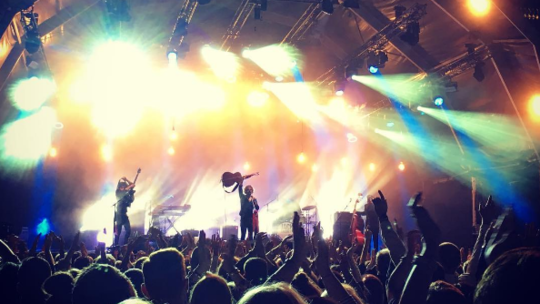 A London anomaly. July in the city, and not a drop of rain in sight.

Truth be told this often makes or breaks Somerset House’s Summer Series, one of the capital’s yearly standout musical moments. As a venue for (the often showcased) laid-back music it’s absolutely perfect; the cobbled courtyard surrounded by the iconic Neoclassical building is a picture-postcard setting. But as it’s completely exposed to the elements, balmy summer nights are mandatory.

Headlining the last Friday evening of the current series was Jack Savoretti, the Italian-English songwriter who evokes considerations of Paulo Nutini at every twist and turn. With his dry vocals occasionally teetering into the rasping, Savoretti’s set covered off material from each of his four albums.

There’s no question of his talent, most notable on a cover of Dylan’s ‘Nobody ‘Cept You’ which he played solo, but it’s difficult to get excited about anything that happened during the gig. The troubadour card is played to aplomb - story-esque lyrics are sung in a melancholic way to a twist on folk-music - but because of this everything seems a bit formulaic. It’s the music that would play in a John Lewis store, romancing mums as they struggle to stop their kids eating plastic fruit from a triple figure china bowl.

That said, Savoretti sold out a night at Somerset House. And the majority of people there were having a blast.

Some tracks stood out, notably ‘The Proposal’ and set-closer ‘Come Shine a Light’, but the sheer magnitude by which the music was inoffensive lead to it being dull.

In spite of this, it’s not impossible to consider a similar upward trajectory to festival main-stages for Savoretti. Previous instalments of the Summer Series have played host to some of the country’s biggest talents (namely Adele and Sam Smith), so perhaps beige is to continue being the new black.