Good Charlotte Remain Authoritatively In Touch With Their Youth! 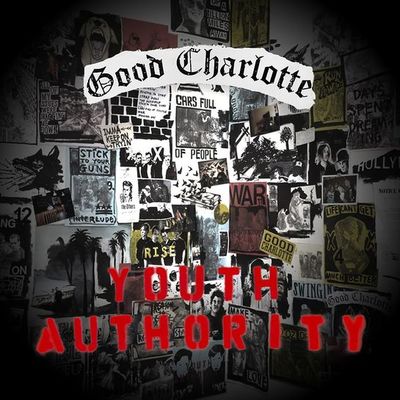 I remember first hearing Good Charlotte via their massive hit “Lifestyles Of The Rich And Famous” back in 2002. They released their first album a couple of years prior to that in 2000. Have they really been around that long, wow doesn’t time fly? Anyway the boys are now on their sixth album. It’s called ‘Youth Authority’ and it’s pretty damned good. If you like pop with your punk or punk with your pop you will certainly enjoy this album. These songs are great to start with and in my opinion they will sound even more powerful when played live; particularly album openers “Life Changes” and “Makeshift Love”. The latter of which was the lead single which trailed the album some months ago.

The album features some rather interesting guest appearances. Kellin Quinn from Orlando’s Sleeping With Sirens is a guest on “Keep Swingin’”. But the surprise for me was Simon Neil from Biffy Clyro on “Reason To Stay”. Now that is what I call a stunning collaboration.

For some reason that I can’t really put my finger on the earworm that is “40oz Dream” reminds me of Bowling For Soup. I feel pretty confident that “Life Can’t Get Much Better” will have the crowd not only singing along but also holding their lighters aloft and swaying their arms. Although it’s mobile phones that get waved these days right?

The album also has a rather quirky orchestral interlude. Is that a sign of a band willing to experiment and move a little further from their roots? I certainly think so, maybe shades of Panic At The Disco too. Kids that were into Good Charlotte in the early days are mostly now in approaching thirty or in their thirties, the band has matured with them. But ‘Youth Authority’ is also likely to pull in new fans, especially from festival appearances.

There is no apparent let up in the pop punk hooks on this record. Towards the end of the album when many bands would perhaps throw in a few fillers Good Charlotte hit us with “Cars Full Of People” and “The Outfield”. The latter is my current favourite from this collection. But it has close competition from the aforementioned “Life Changes” and “WAR”. It appears that “Rise” is a bonus track. Why is that? It would be a surefire hit as a single, but then maybe that is the plan!

This is a band at the top of their game. The song writing is immensely good and there is a maturity and intelligence to the lyrics. The instrumentation and production is truly first class. The Madden twins; Benji and Joel have a hand in all the music and lyrics with support from a number of talented songwriters on some of the tunes. This is a proper feel good album that I am sure you will listen to many times. So what are you waiting for? Just get moving and buy it!