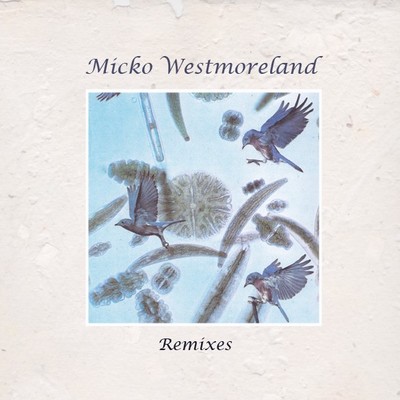 Micko Westmoreland is a fluid creature. The Leeds born, London based musician initially made his name playing the enigmatic character Jack Fairy in glam rock flick 'Velvet Goldmine', then emerged as a leading light of 90's electronica under the name The Bowling Green.

Even then he was a dab hand at enrolling the talents of others, and between the two Bowling Green albums and the two more song-orientated solo albums he subsequently released he has collaborated with everyone from members of The Stranglers, The Blockheads and Madness.

'Remixes' on the other hand passes the musical baton to a host of various electronic wizards, inviting them to re-mould tracks from all four LPs in their own image. Luke Vibert and Mike Paradinas are probably the best known among them, the former reshaping 'Strange' into an eccentric drum and bass workout with 50's b-movie overtones. Mike Paradinas takes 'Bi Numbers' into psychotic stadium breakbeat territory, with a mix that plays soothing melody and jagged beats off against each other.

More suited to the horizontal delights of the chillout room than the dancefloor are a spiraling 6/8 tempo T Power mix of 'Light From A Different Sun', possibly the most beautifully haunting and memorable remix contained on the collection. Either that or Ian O'Brien's take on 'Isolationism', with its shimmering space jazz aesthetic, again applied through a prism of shifting, quirky rhythms.

Probably understandably, Micko's own mixes are the closest to his most recent material, with 'Stay With Me' a particular highlight, combining a compelling full vocal performance with frisky breakbeats.

With a stellar line up at the controls, and plenty of evidence that Micko's creative juices are still flowing freely, 'Remixes' is a varied, comprehensive, significant chunk of electronica magic.