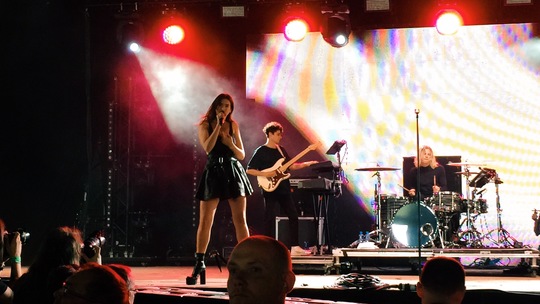 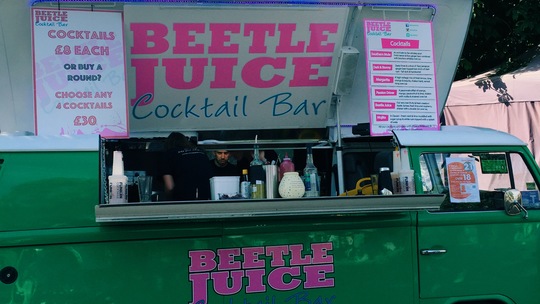 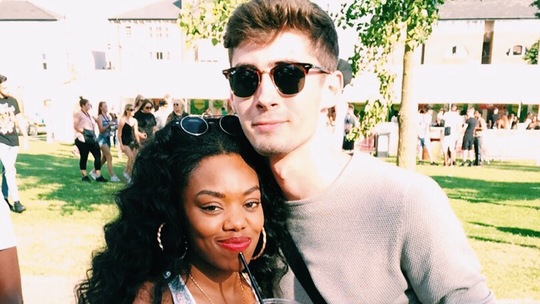 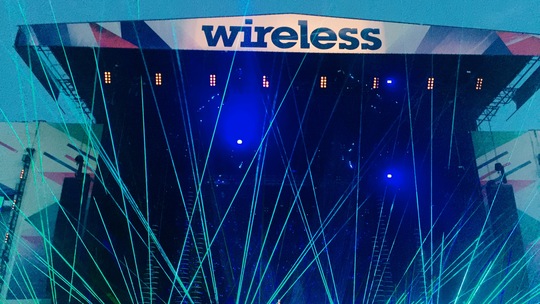 Although Wireless is not known as being one of the largest festivals, it never fails to have a killer line up. Headliners from previous years have included Drake, Avicii, David Guetta as well as many more huge names. Wireless Festival features many different artists of different genres however the general music genre has become rap/hip hop. The festival is known for being a low budget festival as camping is not permitted. Located in central London, Finsbury Park, Wireless Festival most certainly attracts a huge, buzzing crowd across the three day weekend. Taking place on the second weekend in July, the weather is almost guaranteed to be perfect for the occasion.

As I entered Finsbury Park around midday on Friday, the crowd were still flooding in, looking beyond excited to be there. There was a clear primary age of young adults and unsurprisingly no children around. Many people decided to make the most of the occasion by wearing face paint and wireless t-shirts.

The park seemed like a perfect place to have the festival and seemed to be of a reasonable size for the amount of people there. It was split up into different sections where different stages appear. Most of the area is filled with the main stage and the surrounding crowd of that. On the Friday, acts such as KWABS, Miguel and Calvin Harris took to this stage. Other stages were scattered around the park, such as the Pepsi Max tent where up and coming artists such as Lady Leshurr and Dua Lipa performed. The atmosphere in these tents was incredible. A mix of fans and people exploring and interested in watching new talents.

Lady Leshurr, a grime/hiphop artist from Birmingham most certainly got the crowd going crazy. Her very recent success which began on social network sites where the singer posted videos of her own song 'Queen's Speech', had many in the crowd surprised that she was already playing festivals. However it was clear that the majority of the audience know of her and almost every word to every one of her songs. She most definitely got everyone in the mood to party.

In addition to the music stages, Wireless Festival also featured many bars and clubs where people were partying hard to some of the biggest tunes. One criticism I did have however is that the drinks were ridiculously overpriced, even if we were in London. Never the less, there is no doubt that everyone there was having a brilliant time, as well as myself.

It must be said that there was never a dull moment all day. Artists were always on time to the stage and when one had gone off, there was not a long wait until the next appeared. The whole field is very open, allowing members of the audience to easily leave the crowd to purchase drinks or use the toilet, and it was not much of a problem returning to the same position after doing so.

Thankfully there was no trouble or drama that I was aware of all day as there usually tends to be at festivals, however the whole park smelt strong of drugs despite the high security on arrival to the festival.

There is definitely something about Wireless that stands out from other festivals. I believe this might be the fact that it's so intimate and the artists will happily walk round and see other artists perform and support them from the crowd. As I headed back to the Pepsi Max stage later on in the evening, I bumped into Lady Leshurr who was on her way to see Bryson Tiller also. I was later introduced to model 'Winnie Harlow', who was there to enjoy the festival too.

As the evening approached, the crowd began to become restless waiting for the headliner, Calvin Harris. The whole of Finsbury Park quickly filled as his set time was gradually getting closer. I would be lying if I didn't say he stole the show. Playing some of his greatest hits such as 'Summer' and tracks with Rihanna 'We found love' and 'This is what you came for'. And just when we believed that the set couldn't get any better, Dizzee Rascal and Will Smith both appeared as special guests on stage to support Calvin. As the sun began to set and the fireworks were released, the night came to an end.

After going to Wireless previous years and not enjoying it quite as much, I was giving up on the festival completely. Despite the fact they were quite clearly strong at booking acts, the whole festival atmosphere was not necessarily there. However this year, I believe that they have done a lot better and created a really worthwhile day out with friends.

The whole day was definitely one I'd happily do again next year with a mixture of very different artists and a real strong focus on new talent also.