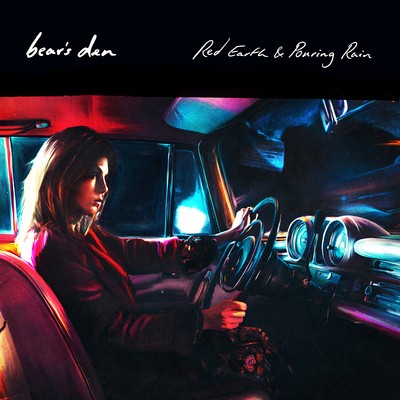 ‘Red Earth & Pouring Rain’ is the second album from London band Bear’s Dan, following up 2014’s excellent ‘Islands’. The band, formerly a trio slimmed down to a duo after Joey Haynes’ amicable departure earlier this year. This has not affected their music, as remaining band members Andrew Davie and Kevin Jones have supplemented their sound with a quartet of touring musicians.

For those unfamiliar with Bear’s Den, they write folk-indie songs with an epic cinematic scope and evocative titles like ‘Dew On The Vine’. Given their similar heritage it is no accident that they supported Mumford and Sons in their early days, or that their record label Communion was jointly formed by Jones and Mumford’s Ben Lovett. But where Bear’s Den stand out is in their creative and imaginative ideas - there are historical influences on some of their songs and mythical themes on others.

Let's be clear about one thing. Bear’s Den do what they do extremely well. If you enjoyed ‘Islands’ there is much more in a similar vein on ‘Red Earth & Pouring Rain’. The band are at their best with richly orchestrated, rolling mid-tempo songs backed by a punchy rhythm section and led by Davie's very distinctive vocal.

The title track, a haunting tale of failing love is a good example. ‘New Jerusalem’ incorporates brass reminiscent of ‘Elysium’ to good effect, while ‘Broken Parable’ is an ambitious extended piece that flows smoothly and holds the interest throughout.

Perhaps Bear’s Den are at their very best when their lyrics bring themes that are unexpected. ‘Auld Wives’, the first single from the album links the mysterious Auld Wives Lifts, a structure of three boulders located in a moor north of Glasgow with the dementia suffered by Davie’s grandfather. “But you can’t hear me now – no you don’t recognise my face” sings Davie. This is an outstandingly poignant and moving track.

The slower paced songs work less well, although aside from the melancholy ‘Love Can’t Stand Alone’, most of these cuts do build effectively towards their close, as on ‘Greenwoods Bethlehem’.

This is undoubtedly a very enjoyable album. You do get the sense however that some of the more interesting lyrical ideas, with inspirations from sources as diverse as the paintings of Edward Hopper and Robert Altman’s ‘Short Cuts’ have been buried beneath rather standard and slightly hackneyed love song lines. The hints of a childhood encounter with alcoholism on closing track ‘Napoleon’ is an honourable exception.

One does also question whether ‘Red Earth & Pouring Rain’ really shows a great deal of musical development. Virtually every song could have been dropped into the middle of ‘Islands’ without feeling out of place. I'm not sure there's anything particularly wrong with that, but if you want challenge or innovation in your music maybe this is not the place to start.