<p>Ramblin&rsquo; Man Fair has a unique philosophy. It's a rock festival designed for rock fans by rock fans. Our aim... 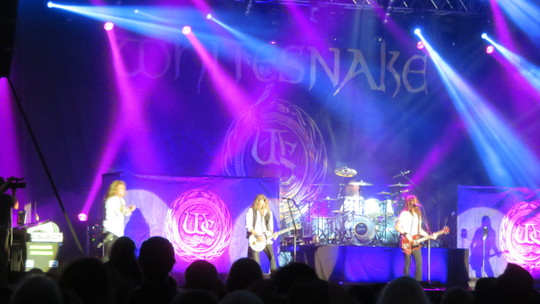 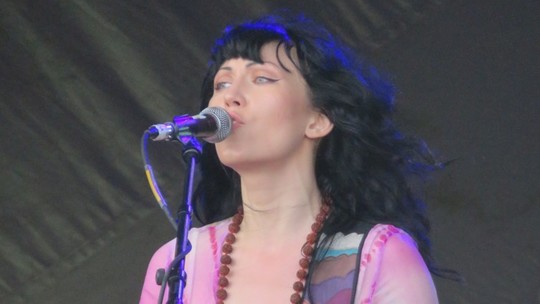 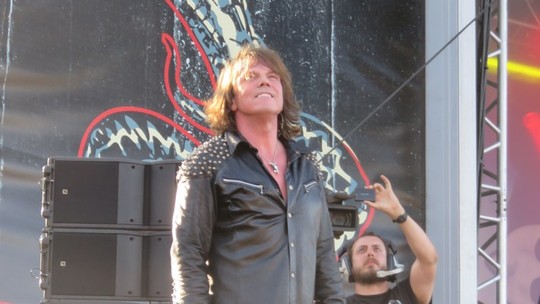 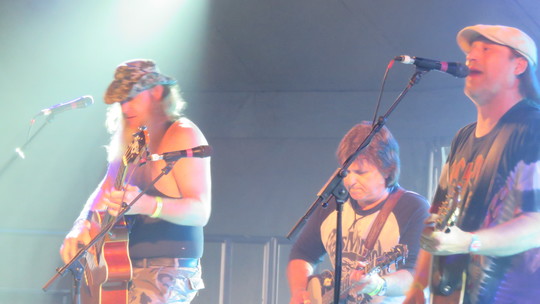 After years of record buying and a few concerts scattered here and there, the Ramblin’ Man Fair at Mote Park near Maidstone was my first ever festival. It didn’t start brilliantly as I arrived to find the most chaotic queueing system imaginable with three lines haphazardly moving in the general direction of the entrance! However, that was really the only minor niggle of the entire weekend, because once you were inside the atmosphere was laid back and friendly and there was loads of space. According to one much more experienced festival goer it was very reminiscent of Glastonbury in the 80's before it became too big and too commercial. I have to admit that the perfect weather helped, but even a mudbath would probably have been bearable. The merchandise was top notch and well-priced with a programme and lanyard costing just £10, about half of what it would have been at the last concert I went to. Okay, enough of that. What about the bands? Well, in this part of the review I’ll be concentrating on the more well-known bands.

My favourite stage of the weekend was Prog in the Park because of the sheer diversity of acts old and new. On Saturday afternoon, one of the best new acts, Purson, took to the stage. I already knew about them from reviewing Desire’s Magic Theatre for this site and couldn’t wait to see what they were like live. I wasn’t disappointed. Musically they were top notch, but in singer Rosalie Cunningham they have a frontwoman who could make a primary school recorder band electrifying! She was superb throughout with her Siouxsie style singing soaring above the crunching guitars and her stage presence absolutely undeniable as she gave full rein to her talent. They really should have been further up the bill as they were the best act I saw on that stage all weekend.

At 6 o’clock on Saturday night, Joey Tempest strutted on to the Planet Rock stage with the rest of Europe and proceeded to make the whole of Mote Park his own. These guys have been going for over three decades, still have the original line up and still have charisma to spare. As you would expect, musically they are faultless, but at an age when a lot of frontmen either retire or dial it in, Tempest still gives it everything. He whipped the crowd up in to a frenzy early on with a great version of ‘Rock the Night’ and kept them in the palm of his hand throughout even if a large proportion of them only knew them from one album. Sure enough, their final song was ‘Final Countdown’ which led to the biggest singalong of the weekend as their fantastic set ended in a blaze of pyrotechnics. Let’s hope this is one Europe that remains well-disposed to the UK for years to come.

The headliners on the Outlaw Country Stage were Hayseed Dixie. They had not even come on to my musical radar and I am apparently the only person in the world who didn’t get the play on words in their name! For that reason I had no idea what to expect. The opening number, ‘Dirty Deeds’ had me grinning as the original purveyors of rockgrass got in to their stride. The banjo, violin and guitar combination should not work but it does. Mind you, for a band who were playing their 1,188th show they pretty much know what they’re doing. My favourite track of the evening was ‘Eye of the Tiger’ which had the audience singing along with huge smiles on their faces. As well as their great playing, in lead singer Barley Scotch they have an intelligent and witty frontman who plays up to the Southern stereotype then playfully subverts it. His demonstration of the power of the man on the mic to make you say anything was both funny and very unsettling!

I reluctantly left the country boys to search out the Planet Rock stage headliners Whitesnake, fronted by David Coverdale. Like Joey Tempest, Coverdale seems to get better with age. His voice still swoops to the depths of his range and hits the heights with ease. Backed by a band that made guitar and drum solos an integral part of the show, rather than an excuse for Coverdale to change his shirt, this was rock as it’s supposed to be performed. Hit after hit poured out, along with tracks that I was less familiar with that blew me away. The highlight of the set was definitely ‘Here I Go Again’ which turned in to a full-throated audience singalong to match Europe’s ‘Final Countdown’ and sent the huge crowd home happy after a show that was unmatched all weekend.