Viola Beach Will Be Remembered 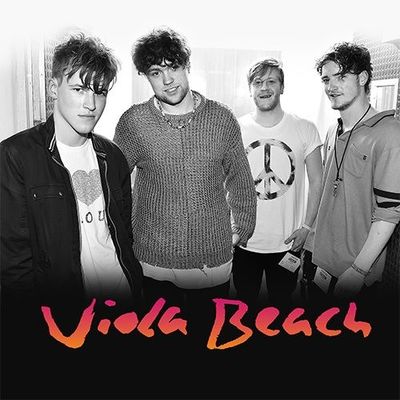 For any life to meet a short and sudden end before reaching its potential is a true tragedy in itself, but to think that four lives of such promise had been taken before their time is not only incredibly unfair but disastrously distressing for those who were closest to them.

Although the music community will never have the freedom to witness the four-piece perform live again, their self-titled debut is set to be remembered not only in honour of the noteworthy northerners but to vividly capture the talent palette that they were ready to paint the world with.

Would music culture be slightly lenient to let a few musical blemishes fade into the white noise due to the truly unfortunate conclusion of the musician’s careers? The blatant truth is that this nine track LP compiled together and released by their own Fuller Beans Record label, is pretty damn impressive and may be quite cheerless to know they had no say in the song arrangement but also heart warming to know that those who did, did so with nothing but what they thought might be the Indie artists thoughts in mind.

Single “Swings And Waterslides” blasts a flurry of cymbal smashing and playful guitar through the speakers before River Reeves pleasantly plucks away at muted strings in a candid and whimsical fashion. The hypnotic rhythm that follows has more than enough momentum to effectively take hold of the listener and unconsciously sways the individual from left to right in loose-footed elation.

Their urban living lyrics splashed together with the occasional reference to a partner in good-time crime, plastered with English street slang and Kris Leonard’s merger of catchy croaks and quirk-soaked vocals intermingled into one, have their poetic interpretation of life riding comfortably next to the instrumental side carriage.

With a large array of exciting songs to choose from, it simply weighs down to personal preference whether that means favouring the benevolent “Show your love now” message emanating from “Really Wanna Call” or the haunting dream of “Call You Up” that echoes Joel Pott’s resemblance in a nostalgic and wretchedly salted tale of regret.

BBC live sessions are usually a great opportunity for an act to show off their flexible nature and prove that they are able to perform without the help of studio tweaking. “Get To Dancing” is a blistering example of Viola Beach’s ability to do just that.

Concluding with big single, “Boys That Sing” (which was also graciously covered by Coldplay at 2016's Glastonbury Festival), is a monolith to the bands achievements and a slightly sad reminder that together they had the possibility to take on the world.

As the sun sets over Viola Beach, their untimely departure has left a lot of aching and broken hearts to slowly mend but their self titled debut will certainly keep their fans dancing long into the night and remind everyone that their thick and potent Indie pop pulp will not be forgotten along with cherished memories spent amongst them.