The Y Not Festival is an annual music festival held in Pikehall, Derbyshire, United Kingdom. 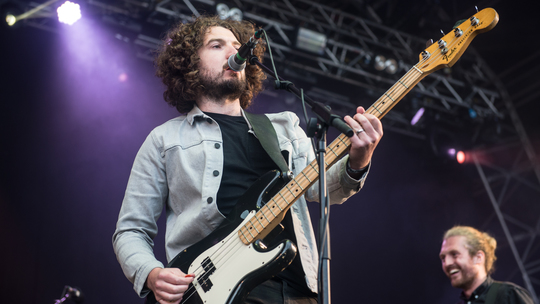 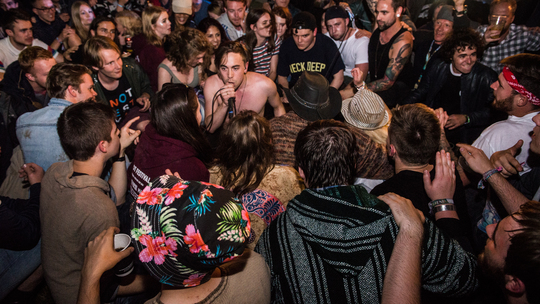 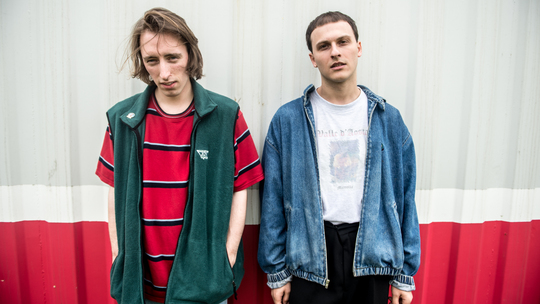 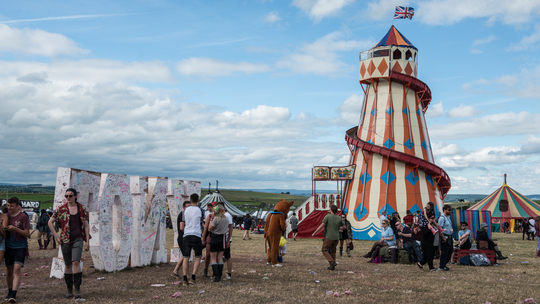 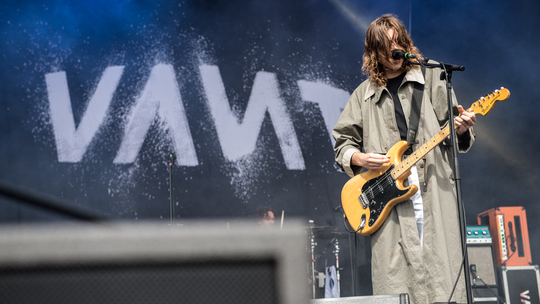 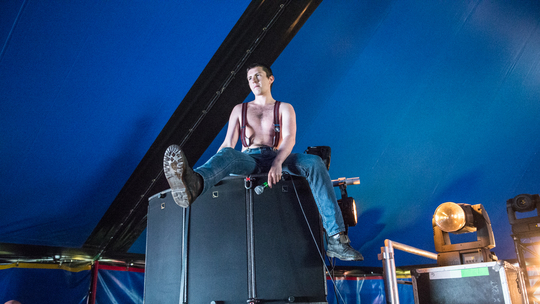 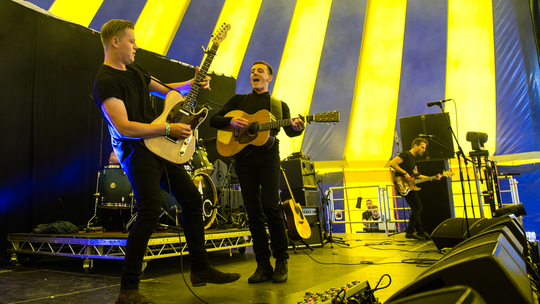 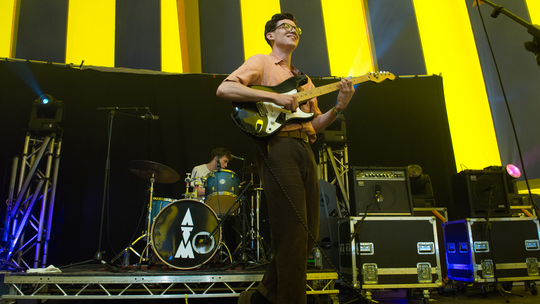 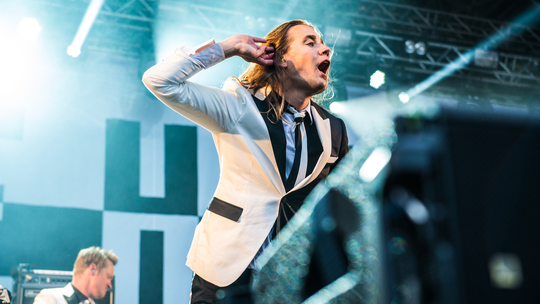 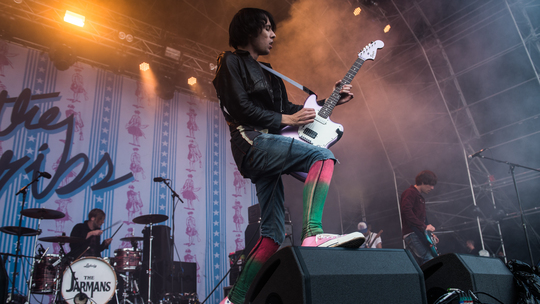 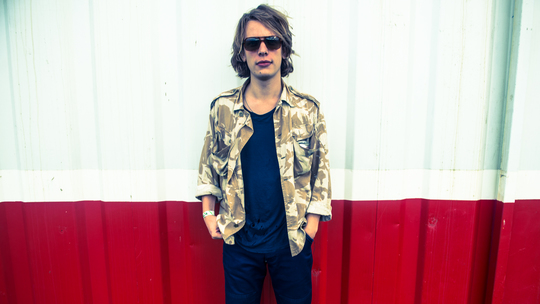 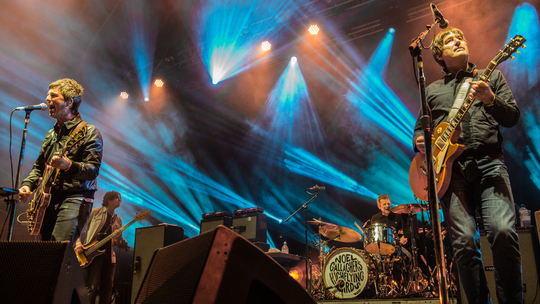 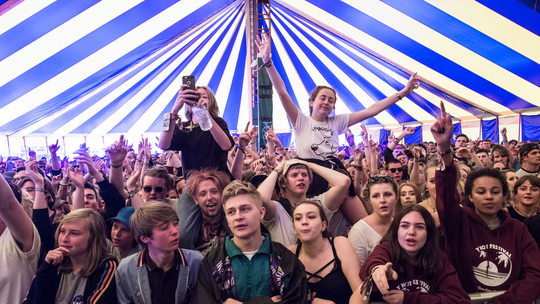 This weekend just gone found us at our new favourite festival, Y Not Festival. Nestled in the heart of the Peak District this is one of the most picturesque festivals you can find yourselves at, when the sun wakes us up and gets us out of the tent each morning you see the sheep in the next field running across to get their breakfast!

We arrive early on the Thursday for the early entry shenanigans, when we arrive there are already 'Milburn' chants going across the campsite and the newly returned local heroes get the reaction they have always deserved, prompting the first circle pits of the weekend and shaking away the last bit of rain we see for the weekend, wellies stayed put in the tent! The crowd was similarly enthusiastic for scouse favourite’s The Coral who played a career spanning set.

The best thing we found about this festival was the size was just right, the festival has grown over the years and is now at a point where they can draw the biggest names yet still retain the feel of an intimate festival. One of the smaller tents 'The Giant Squid' hosted some of the best new favourites, Nai Harvest played one of their last ever shows, scuzz punk at it's finest with an air of emotion when the 'Don't Break Up' chants started, Yak showed why they've got the crown of best noiseniks around at the moment and south Londoners 'Shame' provided all the madness with unhinged frontman Charlie Steen throwing drinks, getting undressed, smashing stuff up and climbing wherever he could! The Giant Squid stage also provided a banging silent disco each night, with the headphones working all the way back to our tents, result, not for our neighbours mind!

The main stage provided the big draws of the weekend, Noel Gallagher was in a surprisingly cheery mood and showed there is clearly still life after Oasis with his solo songs holding up, whilst still treating us to a few classics. The Hives showed that they're still one of the best live bands around whilst Madness following them up was still great and got knees up everywhere but fell a bit flat. One of the best main stage sets however was The Cribs who played second fiddle to Editors headlining, whoever planned the line up must have got ‘em mixed up!

One of the best tents of the weekend showing off the best new talent was the Jack Rocks tent hosted by This Feeling who are putting on some of the best indie club nights across the country. One of our absolute favourite’s was the combination of Glaswegians Baby Strange with their energetic Scottish punk, followed by Brighton rockers Black Honey. What a combo! Also of note throughout the weekend in the This Feeling tent were Otherkin, The Shimmer Band and many many others which we either missed or much of our memory did! They were also the suppliers of some absolute tunes after the bands had finished, lets hope This Feeling back at Y Not next year.

Probably our least favourite stage was second stage 'The Quarry', and the only reason being is that the line up was really good so many of the bands playing could easily have been on the main stage, as such it was rammo most of the weekend and there was sometimes a struggle to get into the tent! One of our absolute highlights was scouse troubadour and all round good lad that is Louis Berry, like Jake Bugg if he was a lot more fun, upbeat and had a personality! We also caught The Sherlocks, The Magic Gang and Blossoms who also all played great sets.

It's rare to go to a festival that has the right mix of bands, good vibes, good people and just loads of other fun shit to do in between running from stage to stage and stumbling about with your mates.Y Not Festival has got it down to a tee. Will we be back next year? Y Not!

p.s We also learned some good Yorkshire chat while we were there. Next time you're with a Sheffield/Barnsley resident, ask em what 'On Ilkla Moor Banht'at' means!