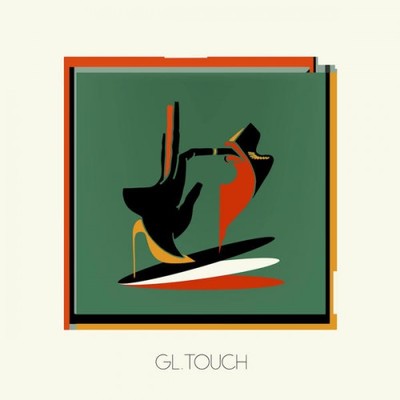 GL are Melbourne based duo Ella Thompson and Graeme Pogson. Although well known in their native Australia, they have gone under the radar elsewhere. This looks likely to change with their recently released album 'Touch'.

Thompson’s vocals impress throughout with their range and strength, never more so than with the fourth track, ‘Hallucinate’, where she channels Madonna in her prime and doesn’t come off second best. Pogson’s 80's style synth blends perfectly with the soaring vocals to create the type of track Madonna no longer seems capable of producing.

Either side of that track, ‘When Your Love Was Mine’ and ‘Grip’ show GL’s mastery of funk with two excellent songs that work their way into the listener’s head and could be club classics with a good remix.

‘Contact’ is an instrumental track with a hint of a Pet Shop Boys B Side, which is in no way an insult as B Sides are where they produced some of their most interesting work.

‘Warm’ is a superb song with another powerhouse vocal from Thompson that moves into 80's style soul and contains hints of Dee C Lee in the phrasing and vocal range.

‘Stars’ starts out with an intro that immediately had me singing ‘Too Shy’ by Kajagoogoo in my head, but it then becomes very much its own song thanks once again to Thompson.

‘Body Language’ is a great summer track that suits the long hot days of GL’s Melbourne in January and February. The final track ‘Melanie’ brings to mind ‘Lucky Star’ as Thompson once again shows what a superb voice she has.

This is an album well worth listening to and a group well worth following over the next few years. Something tells me they could do something special.