Throw Your Horns Up For The Best Metal Festival Around 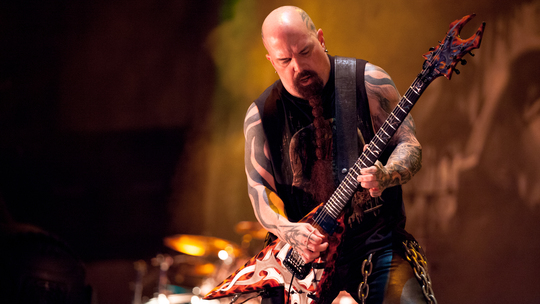 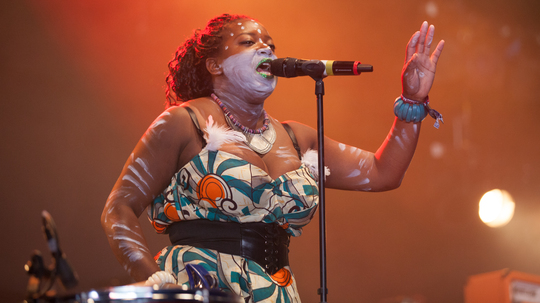 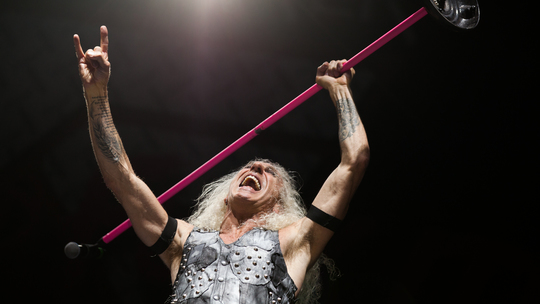 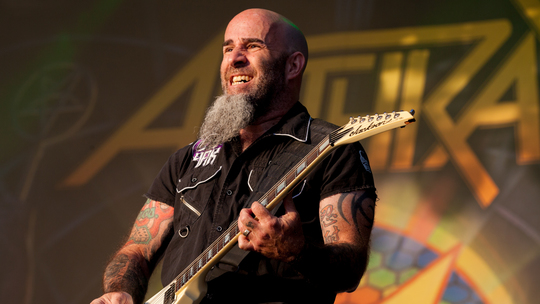 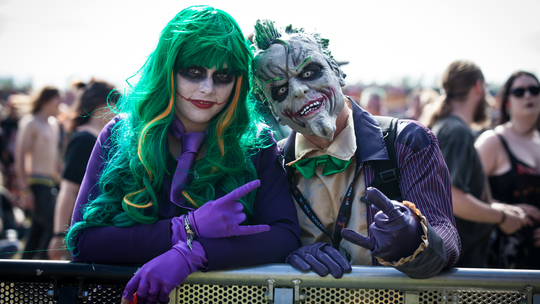 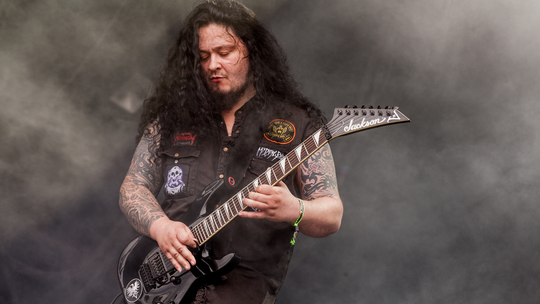 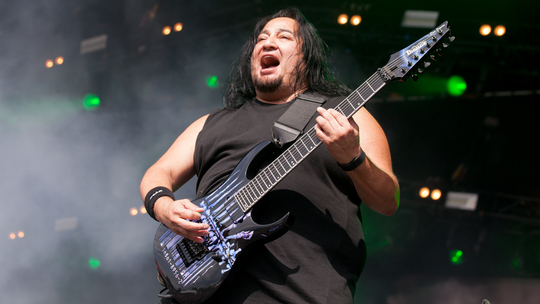 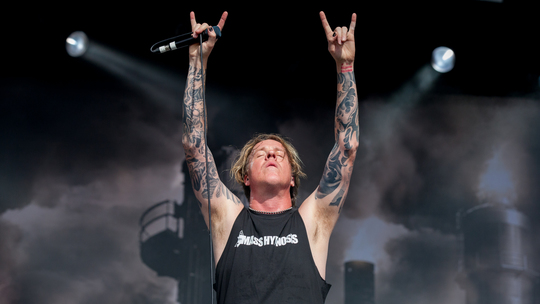 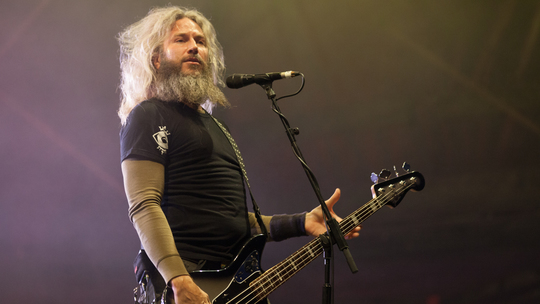 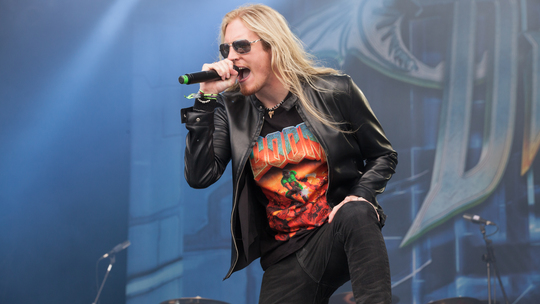 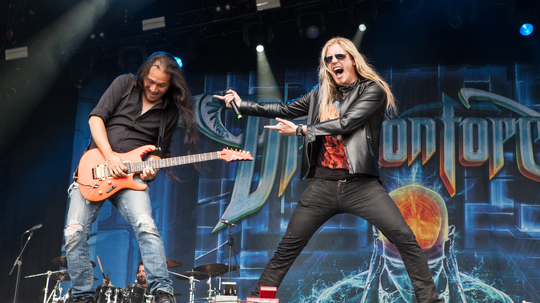 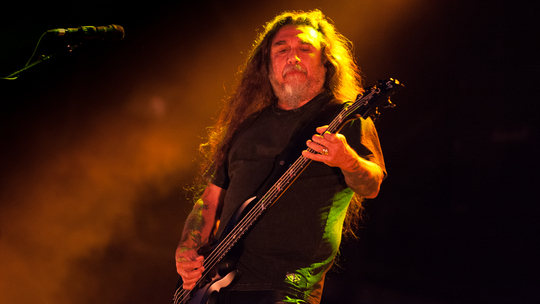 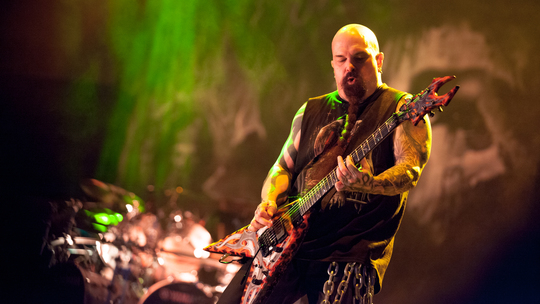 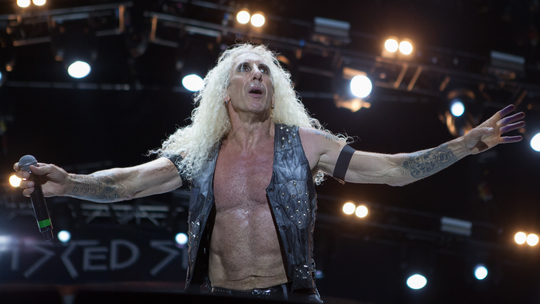 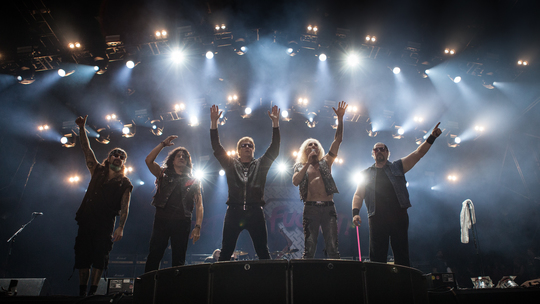 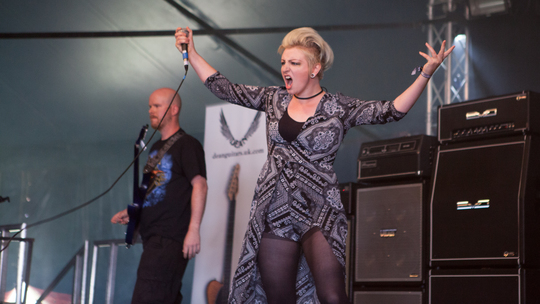 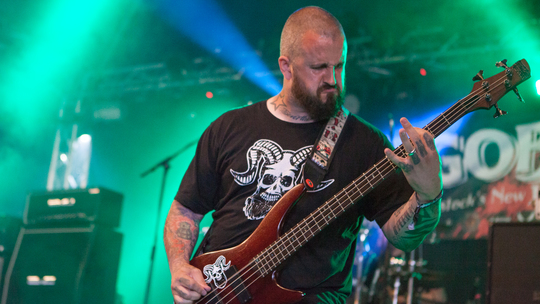 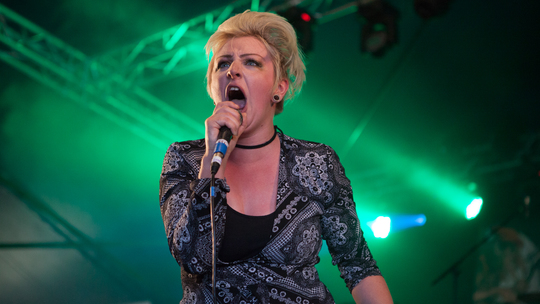 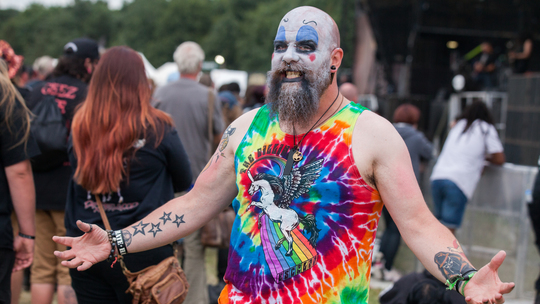 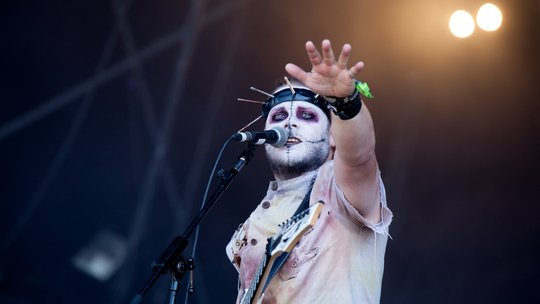 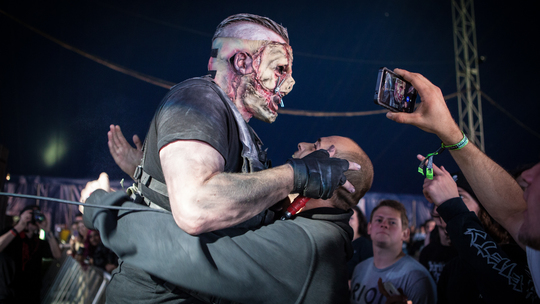 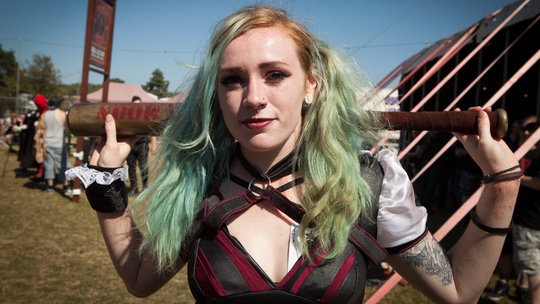 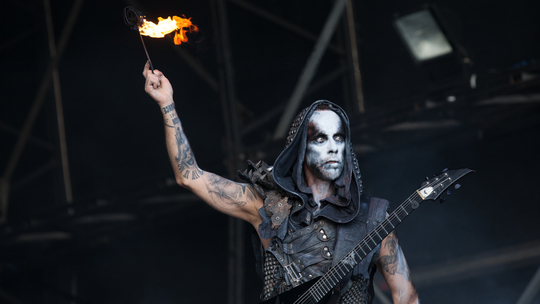 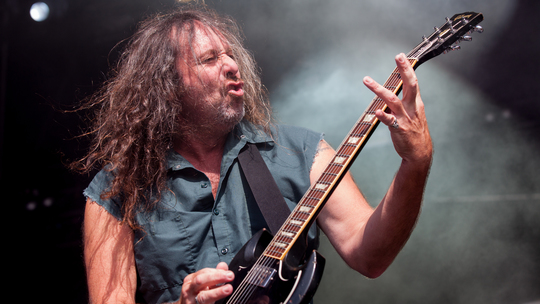 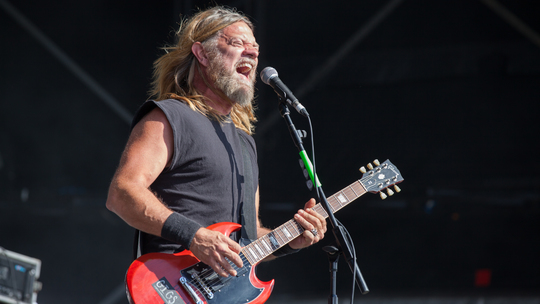 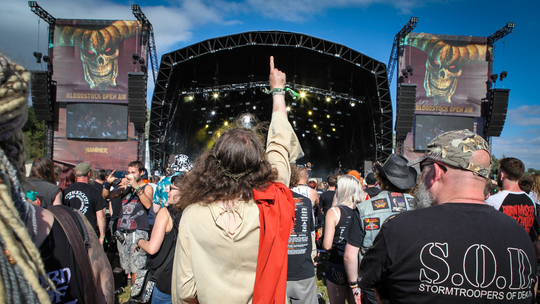 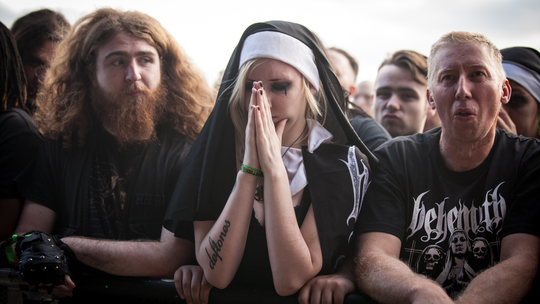 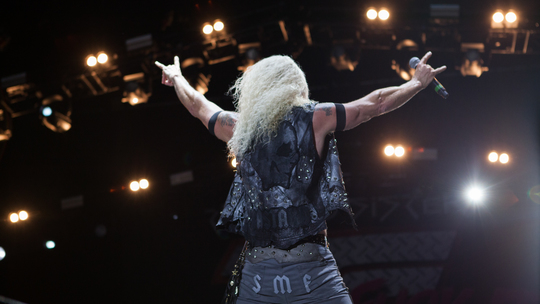 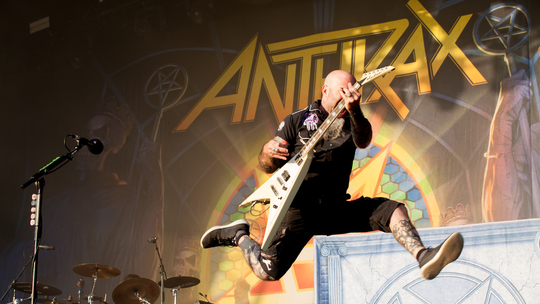 For the uninitiated Bloodstock Open Air is an absolute masterclass in how to put on a festival. From its perfect size and friendly, fun vibe to the way it champions new and upcoming bands. They even had Kraken Rum Ice Cream! It truly rules the roost when it comes to all things heavy - including a strongman competition. It’s no wonder it’s the UK’s No.1 metal festival.

Beginning on an emotional yet celebratory note on Thursday, with the opening of Lemmy's Bar by Phil Campbell - as well as a later set from him and the Bastard Sons on the S.O.P.H.I.E. stage with a brilliant guest spot from Dee Snider on Born to Raise Hell - the weekend couldn't have gotten off to a better start.

Even the sun had come out to play. Glorious weather all weekend was a far cry from Drownload a few months ago.

Friday again was an emotional experience culminating in the final ever UK show by headliners Twisted Sister.

They must have played so many shows in their forty years of being a band, but none were more important than the one Lemmy had them on 30 odd years ago which even they recognise as the show that saved their career. The set the played on Friday was as much a thank you to the UK audience that saved their career back in the day as it was a band going out with a bang.

Touching tributes to both Lemmy and TS drummer AJ were as memorable as the music - I don’t think there is anyone as eloquent or engaging as Dee Snider when he’s connecting with his audience. Anthems, I Wanna Rock and We’re Not Gonna Take It were as you’d imagine, massive. But the whole set was massive and it was an incredible celebration of the band.

We will miss you Twisted Sister. Thank you.

Earlier in the day Wigan’s Boss Keloid had lived up to the buzz that surrounds them. They had made most of the 'ones to see' lists in the run up to the weekend, and it proved to be a trip worth taking as they took everyone on a swirling journey of stoner doom with a twist.

The variety of bands you can witness across the weekend is incredible. Old school legends, thrash heroes, heavy bands, shouty bands, groovy bands. They’re all here. They’ve even got the barmpot bands - and none of them are more barmpot than Evil Scarecrow - who are in themselves Bloodstock heroes having played here on numerous occasions.

The highlight of their set was when they split the crowd down the middle into half Hurricanes and half Tornadoes for Hurricanado – and had everyone one spinning on the spot. They also had robots dancing from inside their amps but with everything else going it didn’t even seem that weird. Pure, unadulterated fun.

Catching a storming set by Misery Loves Co. on the main stage was an unexpected bonus as having always seen the name, they were a band that had somehow passed me by originally. The passion of frontman Patrick Wirén had the impact it deserved and they will be a band that gets much more notice from now on.

Corrosion of Conformity on the other hand we’re near the top of my to see list. The band can do no wrong. The perfect groove for a perfect day.

Saturday saw a heavy mix of northern doom merchants, industrial metal legends and black metal but it was a set by Vodun that totally blew us away. A soulful and eclectic set that sounded so different and refreshing from anything else we heard across the 4 days. One of the top 3 bands of the weekend for my money.

The New Blood Stage threw up a few exciting prospects as well. Having held the Metal to the Masses contest throughout the year, the bands that had won slots at the festival were here to make the most of their opportunity, and the crowds were willing to discover as well with big crowds for all the bands performing.

Canterbury’s Famyne were one of the surprises of the day with their fresh take on Sabbathesque doom being extremely enjoyable.

Californian legends Fear Factory took to the main stage to play their defining album Demanufacture in full and it proved to be an absolute crowd pleaser. Dino is a massive guitar playing smile and Burton delivered every word with so much power. Replica still sounds absolutely incredible.

Mastadon’s closing set was a powerful punchy affair with massive trippy background visuals that created an amazing atmosphere to close out the day. Their immense proggy sound showed they were a great choice of headliner. Beasts of men with a beast of a sound.

The final day of a festival can usually be a traumatic affair for many after the excesses of the previous 3 days. I can’t lie – I was beginning to feel the effects of ‘enjoying’ the weekend to the most and was thankful for a bit of a greyer start to the day, as the sun had also begun to take it’s toll - wandering into the arena to be greeted by Ghost Bath was almost too much though.

There was an enthusiastic crowd enjoying the set very much, and they would no doubt be great in a tiny dark venue, but it just felt too early, too bright and too ‘Sunday’ for them. For me anyway.

Joining Darth Vadar in a busy crowd for I Saw The World Burn’s storming set on the New Blood stage was yet another highlight. The band played a powerhouse half hour set that blew any cobwebs away. Tracks from their new EP Barren went down extremely well. Full of energy and as heavy as you like, they showed they truly deserved the place they won on the bill.

The main stage was the next stop for a celebratory tribute to some of our fallen heroes with Metal Allegiance performing tracks by Bowie, Motorhead and a perfect version of Heaven and Hell for Ronnie James Dio who’s name the main stage honours every year.

It was down to 50% of the Big 4 (the better half in my opinion) to close out this year’s festival with Anthrax up first.

They could not have played a better show.

Starting the set with You Gotta Believe, Caught In a Mosh and Got the Time they instantly opened the floodgates for the crowd surfers, and had one of the most impressive circle pits of the weekend. Joey played to the crowd to get everyone psyched up and stopping the set during Indians because Charlie Benante didn’t think everyone was giving it enough welly (especially the green squid headed dude) only served to increase the intensity of the moshing.

Then it was Slayers turn to bring their version of hell on earth to a field in Derby. Dwarfed by two gigantic upturned crosses made from Marshall amps they unleashed pure evil. They have lost none of their ferocity over the years and they absolutely killed it.

They are going to have to go some to beat this next year, but I’m sure they will. We’ll be there. You should be too. In fact you can get your early bird tickets now – so what’s stopping you?