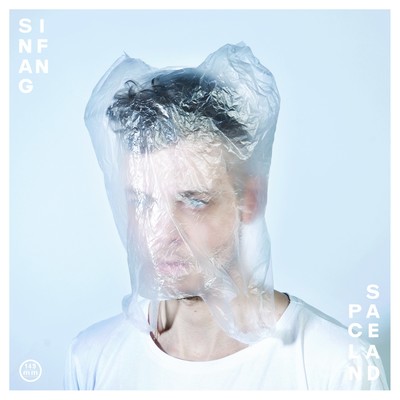 There must be something in the glacial water. Sindri Màr Sigfússon, Sin Fang to his record label, has continued the trend of excellent music being produced by Icelandic artists.

Following on from 2013’s Flowers, Spaceland - Sin Fang’s fourth album - tramples over the poetically pretty folk music of before with its synthetic pop approach. Gone are the horns and in comes the electronic drums, heavily. Sin Fang’s latest release is as rife at showing his musical versatility as it is his new sound; an album which is dripping with R&B influences. The layered vocals of previous albums are still there, but are now overlaying a bass-heavy electronic foundation.

The tracks ebb and flow through differing intensities, sometimes sleepy and sometimes simmering, giving good levels of variance that keep things interesting for the listener. Recorded between LA and Reykjavik, the contrasting landscapes are reflected in the material, with the gulfs of sound ranging from oscillating upbeat energies to eerie, shoegaze-esqe plateaus.

Opener ‘Candyland’ has the undertone of any Clams Casino number, with an intricate beat building over the track as vocals - including Sigur Ros’ Jonsi - meander perfectly in cohesion. Cliché 101 would insist that the song’s video is slow motion footage of a party getting slowly out of control, Belvedere bottles being waved everywhere. The R&B influence continues within the soulful ‘Branch’ and the sample-dense ‘Snowblind’, infiltrating Spaceland at its core and buoying the nine tracks.

Sigfússon admitted that the album's main theme is “the self-therapy after having panic attacks”, an inspiration that is most apparent on ‘Not Ready For Your Love’. The track is lead by those electronic pulsations so rife on Grimes’ Art Angels, its lively rhythm contradicted by the dark lyrics (“The world is ending / Inside of you”). ‘I Want You To Know’ crescendos to an ethereal chorus through intelligently used distorted electronic vocals, and ‘Please Don’t’ swells from placid indie to quick-hitting electronic (a sound borrowed from the featuring Norwegian multi-instrumentalist Farao) - its sound changing as quickly as a Wayne Rooney transfer request.

The track on Spaceland that best embodies the Sin Fang of previous is ‘Never Let Me Go’, an etherial, soft track that chimes and howls throughout. Soley, a former Seabear bandmate of Sin Fang, features, with her light vocals reminding us how well the pair of the Icelandic musicians sound together. Even within the depths of reinvention, well placed nostalgia is appreciated.