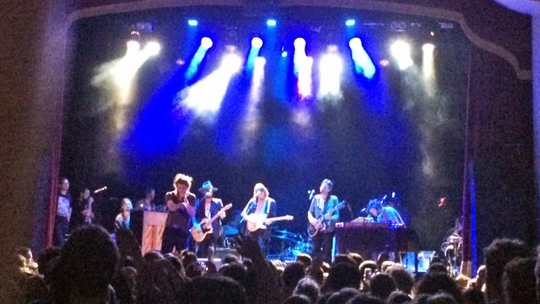 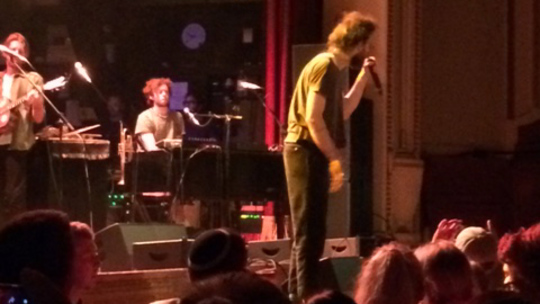 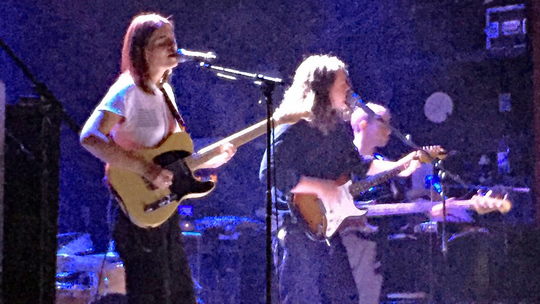 I’d been warned that American indie folk band Edward Sharpe and the Magnetic Zeros deliver a performance that can be likened to a religious experience, and, as it turns out, the rumours were true.

After supporting act Toothless, the uber-cool solo project from Bombay Bicycle Club’s Ed Nash, set the tone to the evening with their dreamy folk trio, the 10-person all-male Los Angeles Edward Sharpe and the Magnetic Zeros made their way on stage to what might have been the most engaged concert audience I’ve ever seen.

Led by frontman Alex Ebert, the band, made up of Mark Noseworthy, Orpheo McCord, Josh Collazo, Christian Letts, Nico Aglietti, Seth Ford-Young, Mitchell Yoshida, Christopher Richard and Stewart Cole, has roots in rock, folk and gospel, channeling the hippie 60's and 70's movement. This was not only obvious through the band’s spontaneous performance style and lyrics but more so through their appearance – long, untamed hair and bottles of wine appeared to be the theme on stage.

However, with incredibly impressive, raspy vocals from Ebert and high energy all around, it was hard not to appreciate both the happenings on stage and in the crowd, where dedicated, dancing fans were half the entertainment, frequently joined by Ebert himself.

The band took pure joy in performing tracks from older albums Up From Below (40 Day Dream and Black Water) Edward Sharpe and the Magnetic Zeros (Let’s Get High, Life is Hard) as well as newer picks from their April album release, PersonA, including No Love Like Ours. However, there was no evidence of a set list – most songs were played following shout-out requests from the eager audience.

Fans were invited on stage to sing along or “make up lyrics”, a disaster waiting to happen that turned out surprisingly seamless, and asked to share personal stories throughout the evening.

By the time the gig wrapped up with a lengthy performance of hit single “Home”, I was convinced both the band, and the crowd, were part of one giant family – the entire vibe of the evening was more like a house party or a dance in a local town hall, fitting given the intimate Islington Town Hall venue.