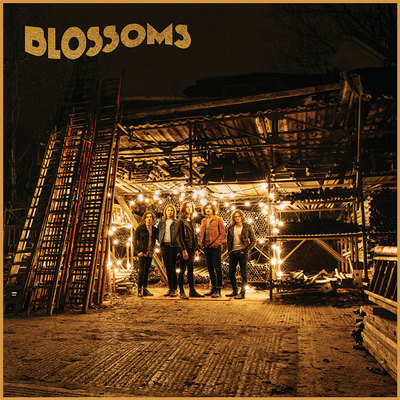 Greater Manchester band Blossoms are about to take the indie pop world by storm with their self titled album. Previously supporting the Courteeners back in 2015 the boys have friends in all the right places, but their sound is far from the likes of the Courteeners. The media are currently obessed with putting these guys in a box, with constant comparisons, instead of allowing the band to showcase what they truly can offer. With the massive revival of 80’s inspired revival of indie pop it has become common practice to compare anything mildly synth to the 1975. However Blossoms bring a welcome change to the scene, and have gone from making £60 music videos in Warehouses to a strong first album.

Summer may nearly be over but this album makes you want to go outside and soak up every last ounce of sunshine. “Psychedelic” has often been used to describe their sound, reminiscent of 80’s nostalgia perfect for easy listening. Both ‘Getaway’ and ‘Blown Rose’ are incredibly radio friendly tracks, that I both really enjoy, but leave me longing for more depth and a kick.

‘Getaway’ has become one of those tracks that you love, but aren’t quite sure who it’s by, well this band have a whole lot more to give than just one catchy track.

‘Smashed Pianos’ melody and beat is really something special, blending seamlessly a mixture of sounds that create a really wonderful listening experience.

It might just be the hint of a northern twang but ‘Texia’ definitely reminded me of Artic Monkey’s AM album, with Tom Ogden’s vocals not sounding too dissimilar to Alex Turner in the track in parts. A definite personal highlight of the album, and I’m hopeful we’ll hear more punchier tracks from them in the
future.

‘Cut me and I’ll bleed’ varies in sound from the rest of the release, packing a punchier sound that the album left me craving from the band. All together it’s a really strong release and I hope to hear something even punchier and with more contagious rhythm next time round.

I highly recommend listening to 'Blow' if not for anything else the rifts are sensational.