Boardmasters 2016: Surfs Up For All Ages 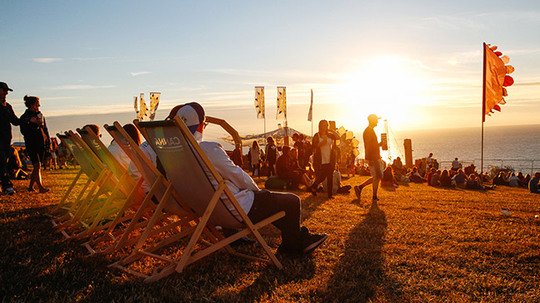 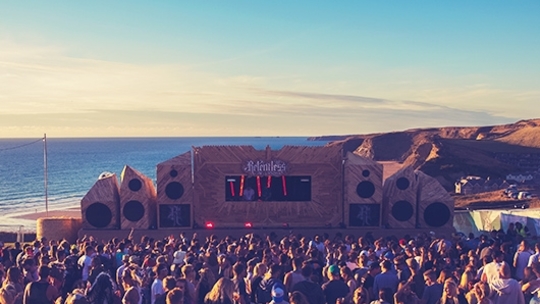 Having grown up near London and attended festivals no further South than that, I was excited for my first trip to Boardmasters: sun (thankfully), surf and an eclectic line-up that would appeal to all ages and musical tastes.

The 10,000 capacity combined with the relatively small site made for a good atmosphere in both the arena and campsite. Arriving Friday morning we pitched up our tent in the last available space. Immediately our surrounding attendees illustrated the age-range of those attending: 16-year old locals, recent university graduates, married couple with their toddler and young teen. Staff were friendly and helpful, despite working long hours in the hot heat of the sun.

In terms of main stage acts, Deadmau5, Kaiser Chiefs, and chase and status on Saturday night were one of the main reason people were at the festival. As expected, Ricky Wilson and the boys in the Kaiser camp put on a fantastic performance in a crowd pleasing set incorporating all the classics.

A personal highlight was visiting The Point on Friday and Saturday: Relentless’ dance stage on a cliff overlooking Watergate Bay. Those Boomtown attendees couldn’t dispute that we were in a better location. The line-ups spanned the house and techno spectrum, with Jonas Rathsman, Eats Everything, Doorly, Jackmaster, Bicep and Dusky spinning tracks as the sun set over the sea. The standout set at The Point for me was Eli & Fur on Saturday evening.

Another slightly larger stage, this time in a tent, was Unleashed. Artists were more akin to the DnB or Grime movements, with standout headline sets from Wilkinson and Sigma. Kano and Mike Skinner were also crowd favourites. We were gutted about Craig David’s last minute cancellation on Saturday evening, as it sounded like the majority of main-stage attendees were ready for a mass exodus over to Unleashed to see him.

Although we didn’t attend, people spoke highly of the After Dark parties in Newquay, which went on until 5am. Some of the bigger names in the dance arena played: Tough Love, Krept & Konan, Tensnake, Sigma and Doorly. I wish we had gone to these, as the silent disco was shut down every evening due to being over capacity. This is the only criticism I have of an otherwise great festival.